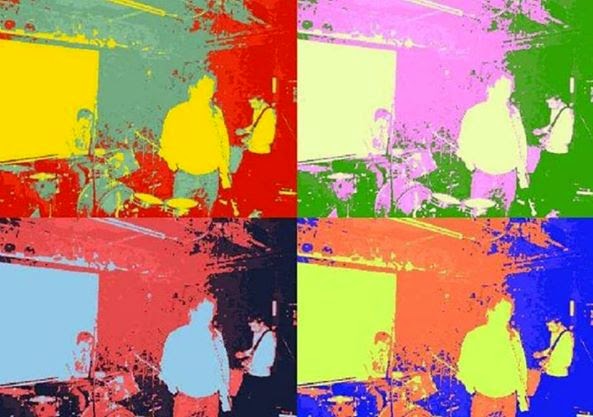 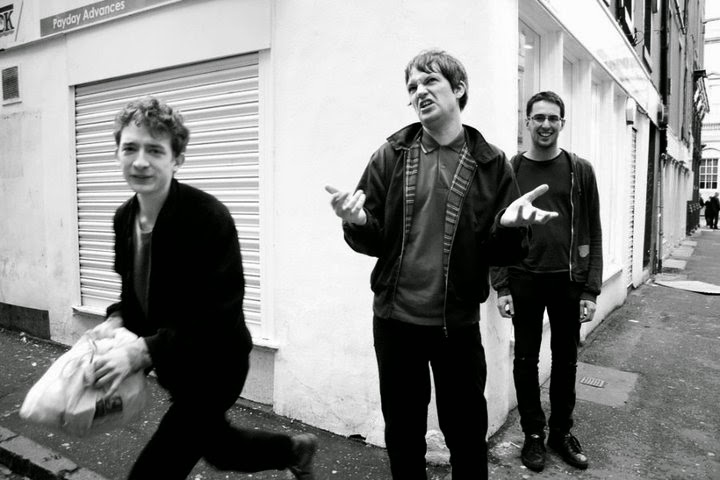 Q. When did Snide Rhythms started, tell us about the history...
Olly: With a bottom E on a bass guitar. Everything starts with an E.

Colvin: I, The Reluctant Leader formed the group in my mind and this is the fifth line-up now.
No musical differences or jumped up egos. Players life situations change and move on amicably.
Who knows what the next LP will sound like?

Colvin: The characters and people that I meet; their accents I hear and try to imitate. The super heroes from the Bronze Age of Marvel Comics. B-Movie actors.

Colvin: Dim the lights please it's too hot up here!

Q: Tell us about the process of recording the songs?
Olly: Ideas are knocked into shape in the rehearsal room and placed aurally on a rolling conveyor belt, section by section, speedily, filtering the grist of time through a sieve in the best studio in Scotland. 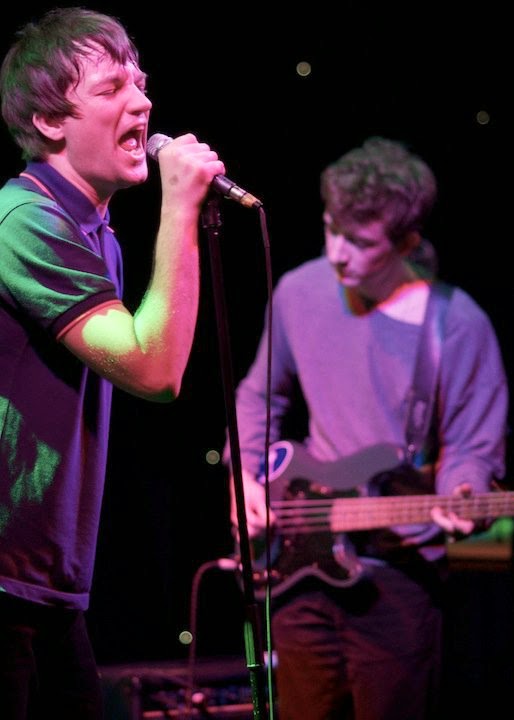 Q. Which new bands do you recommended
Olly: The Temples, Tame Impala (newer then the rest of my record collection), St Vincent

Colvin: We supported two great new bands from Argentina in 2014, Las Kellies and Riel.
I recommend that you listen to them both. Also check out Palace of Swords from Aberdeen, Scotland.
We just finished a remix of their Aesthete Cured which will be released in January 2015 on
Reverb Worship.

Q: Which bands would you love to make a cover version of?
Olly: Heaven 17, King Crimson, The 13th Floor Elevators, Snorkel

Colvin: I don't particularly love cover versions and we have never recorded any to date. Having said that we have attempted our own live versions of the following at various gigs in the past - 12XU - Wire, Check My Machine - Paul McCartney, Dance - ESG

Q: What´s the plan for the future....
Olly: Get off the bus, go to toy library with my daughter, have a strong cup of black coffee...

Colvin: To start work on the next LP with new members William MacConnachie (Guitar) and Graeme Wilson (Drums) We are all very excited to be supporting The Sexual Objects at Independent Venue Week at Sneaky Pete's in Edinburgh on Thursday 29th January 2015.

Q: Any parting words?
Olly: Appreciate the intricate and occasionally challenging joy of every healthy living moment, and try and create a music to reflects this.

Colvin: As my brother Garth always says, "It's nice to be known but it's even better to be known to be nice!"
*
*
*
Thanks