Swamp Thing with Hexagrams - An Interview 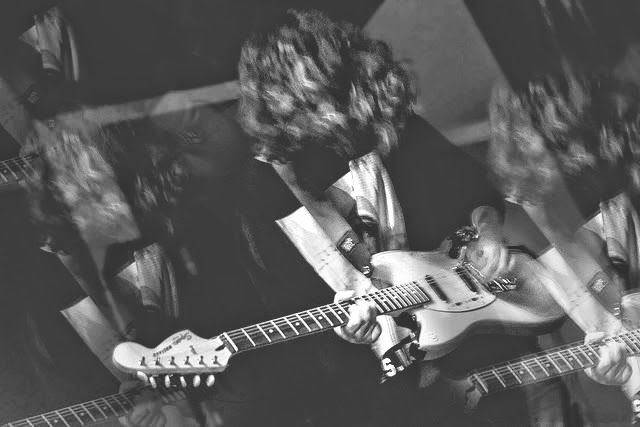 Q. When did Hexagrams started, tell us about the history…
Well, Hexagrams started as a one-man thing by Kevin, vocals and guitar...pretty much out of a burst of creativity he had going on at the time but with no other people available to join him, so he recorded a small EP on his own, Analog, which became popular in our local music scene, so people started asking him to perform it live so he came to us, José, the drummer and myself, Diego, on the second guitar. Further along the way came Tulio, on bass, closing the actual line up of the band.

Q: Who are your influences?
We all have different influences, I believe...it's noticeable when you take a listen to our alternate projects, no of then sound a like, so it's hard to pin down our influences exactly. But speaking generally, I could say that the band is mainly influenced by modern guitar rock and the early late 80's early 90's shoegaze scene.

Q. How do you feel playing live?
It feels so energetic! i really enjoy playing live cause we can’t get gigs frequently, every member of the band has alternate music projects, school or jobs and it gets very difficult to find dates for gigs. Playing live means more fuzzy guitars, when i started this project i wanted to be a different sound live than in recordings but now i want to sound the same as in recordings or even louder and violent.

Q. How do you describe Hexagramsr sounds?
It sounds like an angry kid ranting, he has no friends because of that, so that makes him sad


Q: Tell us about the process of recording the songs ?
It’s weird and always different but we start recording lead guitar-drum and bass, the three at the same time, after that Diego record the second guitar, we record like 4 or 5 guitars for each song, like the same parts but clean and distorted and some figures, then i record the voice (Kevin), cleans and modulated parts like we do in guitar. I’m always into mix and mastering process but the magic is brought by Fuzzland Records guy, Maik.

Q. Which new bands do you recommended?
I don’t really listen to new music, basically i’m always into the same old bands, but maybe Sunflower Bean, Jessica Lea Mayfield, Alvvays, i guess they’re 'new' but i’m not quite sure.

Q: Which band would you love to made a cover version of?
I’d really love to make a cover of any Elliott Smith song but we don’t rehearsal frequently so we don’t really have time to make covers, we’re always focused on new songs, also i’d really like to make a 2Pac cover.

Q: What´s the plans for future….
Release ‘Soft Drugs’ ASAP maybe at the end of february i think and then touring, not like a real tour but i want to play more shows around the country this year.