Psychotic Reaction with The Loons - An Interview 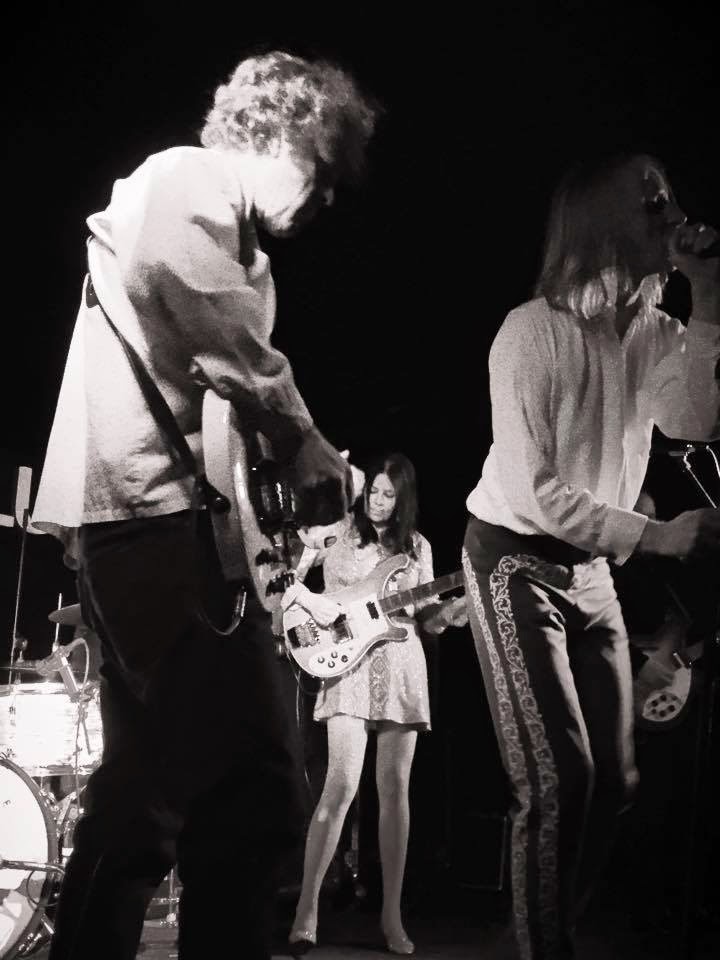 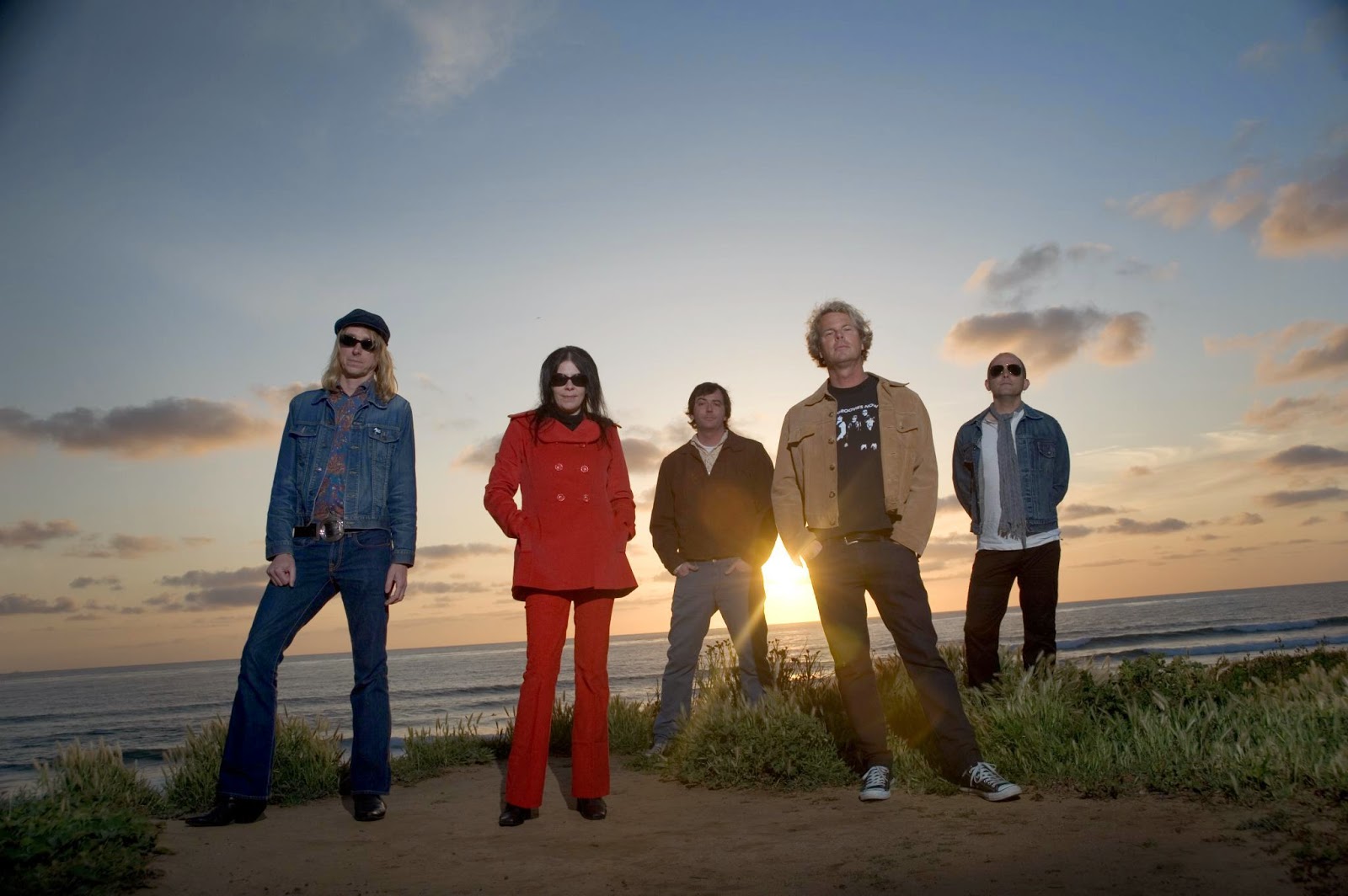 Q. When did The Loons started, tell us about the history...
I formed the band in 1996. After many years of just being the bass player (in the Crawdaddys, then the Tell-Tale Hearts, then the Hoods) I wanted to step up front and be the lead singer. I felt the need to sing my own lyrics and steer my own course. For the first lineup of the Loons I teamed up with guitarist Eric Bacher, who I'd played with in the Tell-Tale Hearts. We started writing songs together right away, and in 1998 we recorded our first album, Love's Dead Leaves, produced by Ebbot Lundberg of Union Carbide Productions and the Soundtrack of Our Lives. After that we went through a lot of lineup changes. Anja joined on bass in 1999 after moving to San Diego from England (we married in 2000), then we got Marc Schroeder and Chris Marsteller on guitars and Iain Sclater on drums in time to record our second album, Paraphernalia, in 2004. Ian left before the album was released and Mike Kamoo became our drummer. Mike was already our producer and engineer so he understood our sound and slotted in perfectly. Bomp Records released our third album, Red Dissolving Rays of Light in 2010 with Glenn Campbell of the Misunderstood guesting on two tracks. We have a new album finished and it'll be released by Bomp early next year. It's called Inside Out Your Mind.

Q: Who are your influences?
We're all influenced musically by a multitude of bands, mostly from the '60s, including the Pretty Things, Love, the Outsiders, the Yardbirds and Q65.

Q. Make a list of 5 albums of all time…
Almost impossible, but let's pick five all-time favorites for today:

1) The Pretty Things - 1st album -- Punk R&B at its magnificent best.
2) Pretty Things - SF Sorrow - a brilliant, artful evolution into psychedelia.
3) Love - Da Capo -- their first three albums are all fantastic but Side One of this is sheer perfection.
4) Bob Dylan - Blonde on Blonde -- staggering two-LP set!
5) Bo Diddley - 1st album -- the blueprint for everything cool that followed it.

Q. How do you feel playing live?
Onstage is where the songs come alive. Connecting with the audience and getting a positive response is always the goal. We try to turn up the intensity level as far as it will go.

Q. How do you describe The Loons´ sounds?
Anywhere from melodic to psychotic. We try to challenge ourselves and deliver something different and original. We don't want to sound like anyone else, and we don't want to indulge in some kind of diluted historical reenactment. It has to be the real thing. 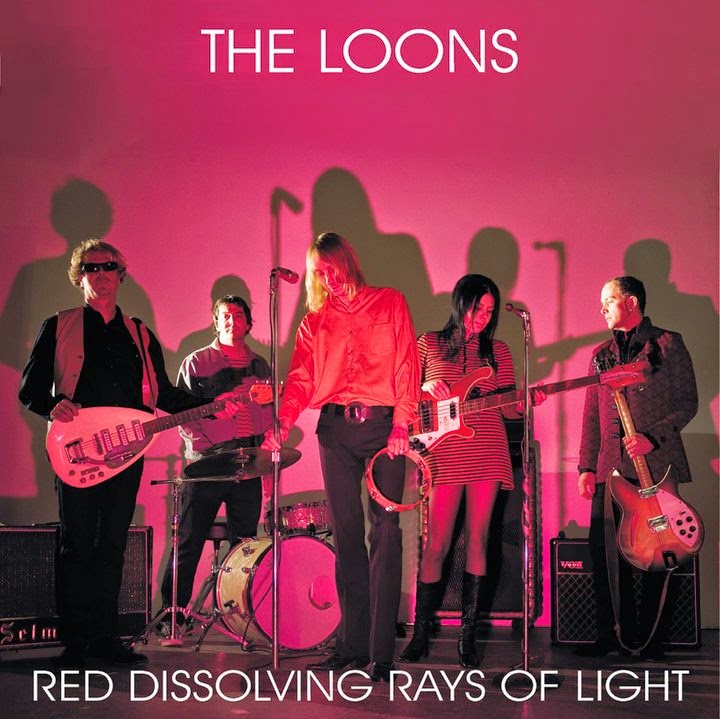 Q: Tell us about the process of recording the songs ?
Our rehearsal room is also the recording studio (Earthling) so sometimes we'll come up with a song idea and record it right away. We all take part in the songwriting process. We like the vintage, analogue approach. Most of the music is usually tracked live in the room with a scratch vocal to capture the excitement of the moment. Once we've done that, we add new vocal tracks, harmonies, more guitars, percussion, keyboards, as needed. Occasionally though we build the songs one layer at a time for a more full-screen cinematic psychedelic effect. Whatever works best for the song. Mike Kamoo, drummer and producer has great ears and knows how to capture the right sound for whatever he envision.

Q. Which new bands do you recommend?
The Sadies, the Schitzophonics, the Higher State, the Frowning Clouds, Los Grys Grys, the Maharajas, the Neumans, Clinic -- many more.

Q: Which bands you love to made a cover version?
We like to throw a few cover versions into our live set like "LSD" and "Alexander" by the Pretty Things, "Celestial Empire" by Dragonfly, "You're Gonna Miss Me" by the 13th Floor Elevators, "My Time" by the Golden Dawn, "It's All in Your Mind" by Stray, and even "New Rose" by the Damned.

Q: What´s the plans for future....
The new album should be out in March, and in April we're going to England to play a few shows.

Q: Any parting words?
Don't follow leaders and watch the parking meters.
*
*
*
Thanks