Heaven Up Here with Lur Lur - An Interview 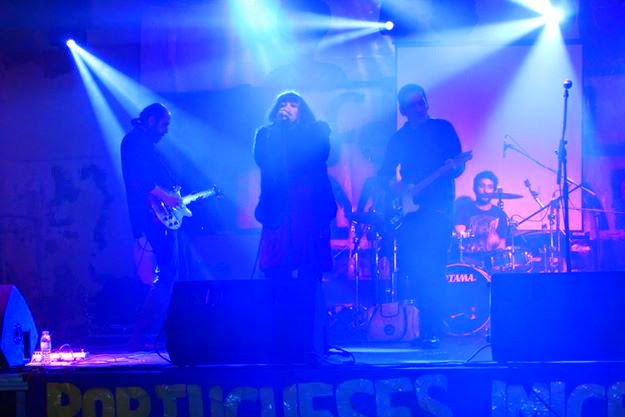 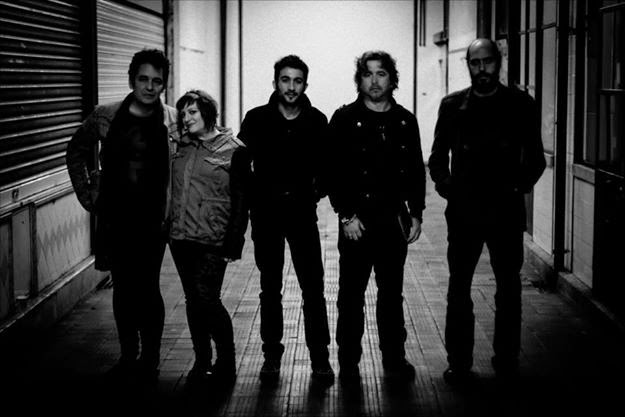 Q. When did Lur Lur started, tell us about the history...
Peter Peter- Lur Lur started because I had created this persona for myself which I nicknamed as Peter Peter ( It was an old high school nickname) who consisted on a bloke who could play and sing some songs on guitar, from old Echo & The Bunnymen tunes to revamped songs from Madonna. I was exploring my musical roots so to speak ( The Madonna part was accidental). I always felt my voice and atitude worked well complemented with a female voice and my wife Lucy ( Lucinda Sebastião) can sing so…It was a question of doing some demos, a long but spontaneous process in which we were helped by a couple of musician friends and we released a demo song called “Soul Queen” very rough version really. That started a process of recruiting musicians, and we were gigging locally so early gigs were very chaotic, with sudden line up changes, I could be well be playing guitar on one song and suddenly bass on the other. I guess things turned to a upper point with the entry of João Simões playing guitar, a fantastic guitar player which complements our sound perfectly. From that we got confident enough to really polish things on studio with a more melodic sound. Went and recorded a first EP and just released a first videoclip a couple weeks ago.

Q: Who are your influences?
Peter Peter: Madonna and Echo & The Bunnymen could sum it up really..seriously everything from early Bowie to latest post punk new bands, we listen to a lot, from old Neil Young to Mazzy Star, the Sound, Suicide, Nina Hagen…It depends on the day.

Q. Make a list of 5 albums of all time…
Peter Peter:That is really hard I just can’t ...but I could tell you that if I had to chose I could name just one: Roxy Music´s first album, a track like “If There Is Something” perfectly defines what is best in musical production, the mixing and the sound writing and the diversity of styles and sound manipulation always makes me to chose that album as a landmark. We could talk about Eno´s first album also but then there is Zeppelin, Bowie and afterwards the brilliant period of the late seventies mid eighties music production in the UK. I would not know where to start really.

Q. How do you feel playing live?
Peter Peter: It´s a brilliant feeling, we are a couple singing and so it is pretty intense… we just feel like a couple playing with our best friends which are the rest of the band, If it is a good audience and it tends to be, we tend and connect musically and personally to people in the audience. It is very lively always.

Q. How do you describe Lur Lur´s sound?
Peter Peter: Today I might describe it as an avant-garde sound with a bright feeling but with a dark edge sometimes, just like life really. But that is today, It´s hard to be elaborate about something you are a part of. For instance we sing in English because it is easy for us, we are a portuguese band trying desperately to be heard.

Q: Tell us about the process of recording the songs?
Peter Peter: Like every new band we are learning to summarize things better, I mean there is no point going to the studio and doing 10 takes of one guitar. We did experiment a bit on this first EP, our studio tech Claudio did some magic on very rough pre-production takes so we could salvage a bit of that, re-recorded vocals and guitars and that was basically it. You know the simple the better,we had the luck of working with someone who can record and mix proprely. 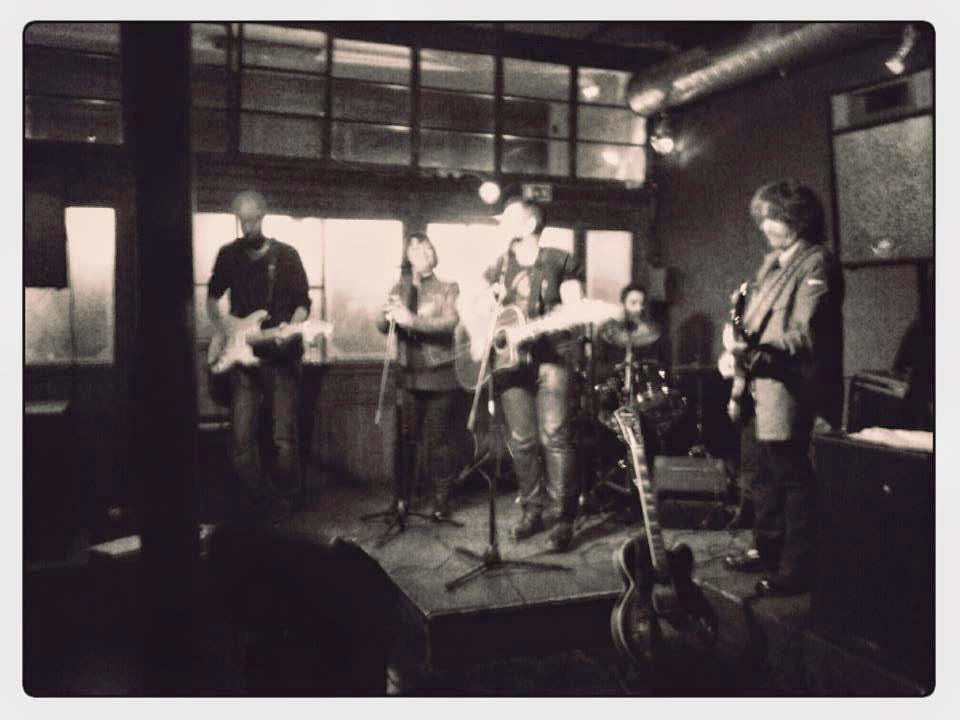 Q. Which new bands do you recommended?
Peter Peter: As I am speaking to a Brazilian Blog I have say I discovered Travelling Wave from Brazil through their cover of JMC “Just Like Honey” that was brilliant because I just had lost connection to what was being made in Brasil… a bit like discovering Cabine C, really good atmospheric rock from Brasil at their time. Brilliant really. I could cite some bands we had the pleasure of sharing the stage here in Portugal ,Princess Chelsea (NZ) or Girls Names from Ireland who both are acts who experiment sonically and bring something new to the listener. Been listening a lot to a band called Electric Litany as they are fantastic and unusual. There are some local bands which we like also and we can’t´ name them all here, and Portugal is a very puritan place regarding music at times, but I could name projects like Rainy Days Factory or Persona Project since we shared the stage with them and it was a great experience. It is great when people make great music and are focused and nice at what they do. I respect a lot when people are nice and easy going both on stage and of-stage, it really is what defines good musicians and what they will achieve artistically.

Q: Which bands would you love to make a cover version of?
Peter Peter: We recorded a studio version of “A Strange Kind Of Love” by Peter Murphy, posted it on the Internet and that got us lot of very good praise, It was meant to be Fisherman´s Song by the The Waterboys instead, we decided on the Peter Murphy song, did that alright so let´s not risk another one soon I guess.

Q: What´s the plan for the future....
Peter Peter: We just got ourselves a brilliant new drummer so we really are anxious to take him for some live gigs. We did some more recordings we need to mix, and as I said we just finished a video for our track “Shame (You Have No)”. We have resisted putting our songs on a CD for a while cause you know… you can listen to it on the Internet so what´s the point? But people have been asking for it at our concerts. So if there is the will to buy we might as well throw a nice sleeve artwork with it. Question is getting proper distribution on foreign territories. So we just might do that February/March this new year, and do another video for another track and throw some more songs along the way. We really want to play European dates this year, so Spain, France and other European countries would be great to play. I guess Cd´still are an honorable excuse to go and reach far out.

Q: Any parting words?
Peter Peter: Thank you for listening to our music and helping out new music projects being heard. And the future is bright, Brazil will return to form in the next world cup we predict. We would love to play Brazil sometime, maybe we will cross the Atlantic someday soon. It should be easier, lets not have geography tearing us apart.