What Do You See? with Fleece Flower - An Interview 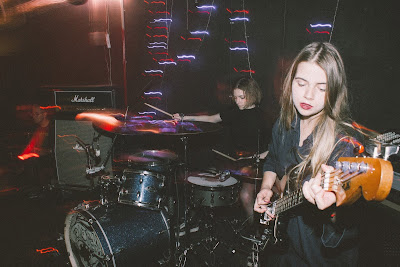 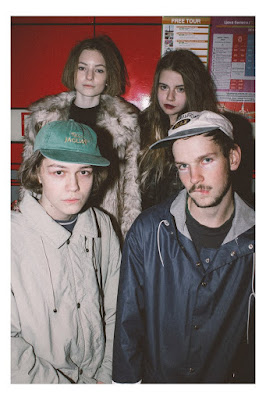 Q. When did Fleece Flower start? Tell us about the history...
Our band consists of Aleksey (vox, sinth), Daniyar (guitar), Sonya (bass and vox) and Veronica (drums).

The idea of starting a new band with new people came to Aleksey and his friend, who helped with recording and mixing band's songs, about year ago. We started to search people , who were really intersted in such experience. Then we started to rehearse and sometimes it was difficult, because for girls it was first experience of playing on stage in band. But we did it and now it is very nice to see exactly these people together.

Q: Who are your influences?
Aleksey: I was Mainly inspired by Veronica, Sonya and Daniyar. They are not only my close friends, but also very sincere people, whose thoughts and actions gave a way to my creativity. About musicians, I was mostly influenced by Ruby Haunt, cherry candy and Fog Star.


Q. How do you feel playing live?
Veronica: Playing on stage - an indescribable and unique feeling, known only to artists, but you probably heard about this drive and emotions many times. I still would like to tell about the distinctive features of ff's (fleece flower band's) live. In our magic group there is an atmosphere of sympathy and kindness, we all sincerely like and love each other! So the atmosphere at concerts is very special, impregnated with trepidation, love and bright meditative melancholy. When playing, I often watch the listeners: some dance, others sing along, the others do not take an active part in the action, but absolutely all persons express participation. As for me, and I believe that my fellow band members feel something like that, I get an incredible amount of joy from the very fact that the performance is taking place, from the view and parties of instruments, and on the inspired faces of those who came to the concert.

Q. How do you describe Fleece Flower sounds?
Aleksey: I think that fleece flower's sound maneuvers between dream pop and coldwave. We tried to make our music restrained, to not have anything extra. For now we can only afford home recording, so we strove to make this release really cosy. We wanted to achieve the soft and airy sound, witch will let us to share all the emotions and feelings that we put into our album.

Q: Tell us about the process of recording the songs ?
Sonya: For most of us it was first experience of recording. We did everything at home in friendly atomosphere. Our friend helped us very much and made many things for our sound, his name is also Aleksey. So, our recording had a really bed-room style.

Q: Which band would you love to made a cover version of?
FF: We think that it would be nice to make cover of any Porches' songs, but it is nicer to listen them than to try bringing to their work something of our own.

Q: What are your plans for the future?
Daniyar: We finally released our LP and now we are waiting for offers from the organizers from the cities of Russia. We do not want to sit still and crave any trips. By the way, invitations are already coming to our post office. Now we see great prospects and we have many ideas. As for album, I am in love with Wild Nothing - "Nocturne".
*
*
*
Thanks