Dealing with Demons with The Black Veils - An Interview 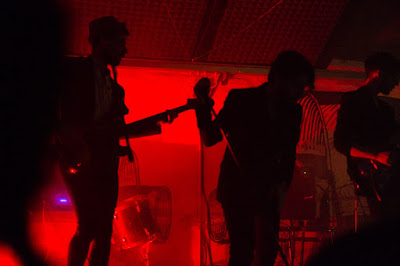 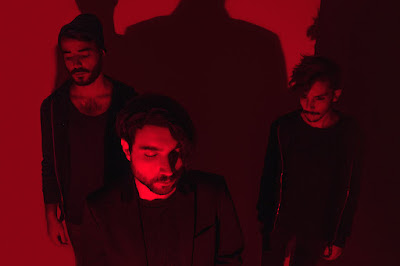 Q. When did The Black Veils start? Tell us about the history...
1: Me and Filippo used to play in a band called Forest of Veils. When Forest of Veils split up, in 2013, the two of us met Mario and that’s basically how we started making music as The Black Veils! Since 2014 we’ve been writing two albums and toured all over Italy. We’re going to visit Europe for the “Dealing with Demons” tour and we couldn’t be more excited!

Q: Who are your influences?
2: This is a pretty nasty question: we’re actually influenced by A LOT of bands. Our style is clearly something in-between post-punk and shoegaze, but there’s also a huge “pop spirit” in it. The Chameleons, The Sound, The Cure are without any doubt some of our main influences, but we also love bands and artists such as The Smiths, Morrissey, Xiu Xiu, The National, Interpol, Editors, White Lies, DIIV, Daughter, The Twilight Sad, The xx…

Q. Make a list of 5 albums of all time…
3. Another nasty question! It’s almost impossible to decide. Actually it seems truly impossible to me to make a top five list, but here’s a bunch of my own personal favourites album of all time:
“Raw Power” - Iggy & The Stooges
“Dub Housing” - Pere Ubu
“Q: Are We Not Men? A: We Are Devo!” - DEVO
“Machine Gun Etiquette” - The Damned
“Low” - David Bowie
“Murmur” - R.E.M.
“The Queen Is Dead” - The Smiths
“Zen Arcade” - Hüsker Dü
“Tim” - The Replacements
“No Control” - Bad Religion
“Disintegration” - The Cure
“I’m Your Man” - Leonard Cohen
“Doolittle” - Pixies
“Vauxhall and I” - Morrissey
“Antony & The Johnsons” - Antony & The Johnsons
“High Violet” - The National

I know that I’m forgetting something important. I feel guilty, now!

Q. How do you feel playing live?
4. Playing live is great! It’s the moment when our souls connect with the audience and when we can feel the true meaning of getting along as a band. All the stuff we’ve been through is in our songs. Every single note and every single word it’s like a drop of our blood and The Black Veils can really catch this feeling on stage.

Q. How do you describe The Black Veils sounds?
5. In my opinion, The Black Veils sound like an “urgency”. It’s like echoes of post-punk and shoegaze are constantly building tension as they reflect the incessant search of the melody, which is caged in very dark and melancholic atmospheres - and in very powerful and “violent” ones as well!


Q: Tell us about the process of recording the songs ?
6. The process of recording songs with The Black Veils can be described with a single word: “natural”. We let all the ideas and the inspirations flow and we do not manipulate our “live” sounds very much. We walk into the studio with the purpose of recording drums first (or a drum machine pattern, it depends on which song we’re working on), then Filippo starts recording all his basslines. Then Mario comes in, playing his guitar with his own effects, and then there’s me, recording vocals. We place a lot of ambient microphones in the studio to keep a natural reverb all over the tracks. Even if we’re trying to recreate our live “impact”, with all its “flaws”, we’re very meticulous.

Q. Which new bands do you recommend?
7. Well, we like DIIV, Daughter, Preoccupations, but we suggest to take a listen to our italian mates as well: Caron Dimonio, Two Moons and Bestrass are not just some great musicians but also great human beings. You should check them out!

Q: Which band would you love to made a cover version of?
8. Every now and then we use to play a cover of The Chameleons’ “The Fan and the Bellows”, as well as “The Fire” or “Prove Me Wrong” by The Sound. Personally, I’d LOVE to make a cover version of Sonic Youth’s “Mote” or, I don’t know, something by The National or The Twilight Sad. They’re currently two of my favourite bands ever and I think they’re “simply elegant”!

Q: What are your plans for the future?
9. Touring a lot and all over Europe. We really wish to play in America as well. Fingers crossed!