Speaking From A Distance with The BV´s - An Interview 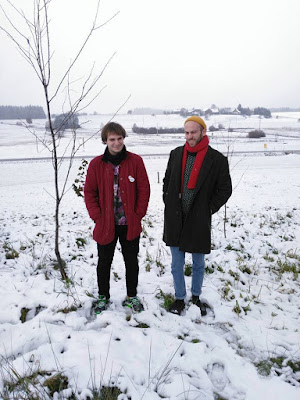 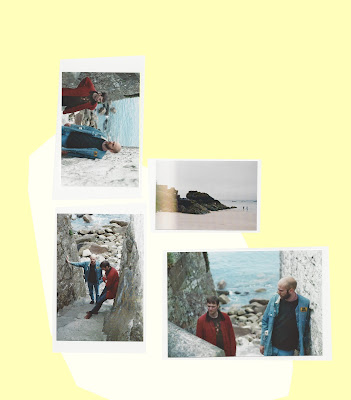 Q. When did The BV´s start? Tell us about the history...
Fred moved into my house in Falmouth for six months for a university exchange programme (my girlfriend found him in a group on Facebook where people posted about looking for rooms). And then when Fred bought a 12-string guitar we decided to record a demo of an old song I'd written about a year before, which became "Ray". Then we realised we worked well together and decided to record as many songs as we could before Fred had to go back to Germany.

Q: Who are your influences?
We share a lot of influences between us, like Sarah Records bands and C86 stuff more generally, as well as Jesus and Mary Chain, the Radio Dept, BJM. And also German indie music. But we're also influenced individually by different stuff - I really like 1970s powerpop and lots of underground hip-hop, and Fred likes a lot of kraut and noise music.

Q. How do you feel playing live?
We actually haven't ever played live. We live in different countries now, so it makes it really hard. But our first gig will be on 2nd June in Augsburg at the City Club supporting Flying Nun band The Bats (we're also using it as a release show for the record). As it's just me and Fred playing everything on the record, we're drafting in Endlich Blüte drummer HP and our pal Ben Woods (from Falmouth bands The Black Tambourines, Holiday Ghosts and the Golden Dregs) to play bass. We're really excited about playing the tracks live with a full band, as we've never done it before.

Q. How do you describe The BV´s sounds?
When we first started writing, we took a lot from C86/jangle pop bands, especially Sarah Records. But our sound developed during the writing process, and we started taking things from shoegaze, noise and krautrock, and whatever else we were listening to at the time.


Q: Tell us about the process of recording the songs?
We wrote and recorded each song on the album in one day, except "Ray", which I had written before and "Im Spiegel Deiner Augen", which Fred wrote when he got back to Augsburg. Every morning we would write a chord sequence and then record it right away, then we'd do lead guitar parts and bass (using an acoustic guitar) before using automatic writing to get the lyrics (you just sit down and write whatever words come into your head, and then work them into lyrics). We recorded everything in our house in Falmouth on Fred's laptop using old copy of Garageband and a jack-to-USB guitar cable on two guitars. We recorded the vocals using the built-in laptop microphone. We didn't decide to do it this way, it's just how we had to do it. We only had 2 weeks before Fred was going back to Augsburg, so we had to do everything as quickly as possible.

For the new songs, we send Garageband files back and forth over email, both adding stuff before sending it back to the other person. It actually works really well (although obviously we'd prefer to write together in the same room!).

Q. Which new bands do you recommend?
Obviously all of the bands on our label Kleine Untergrund Schallplatten, like Endlich Blüte, Zimt, Friedrich Sunlight and Botschaft, and also San Antonio Kid (another Augsburg band that we really like). There are also loads of great bands in Falmouth like The Black Tambourines, Holiday Ghosts, William Weak, Red Cords and Murph and the Gazorpos, and a good garage punk label called Nerve Centre Records. We also both really like Gorgeous Bully, who has loads of EPs and a couple of collections which are all fantastic.

Q: Which band would you love to make a cover version of?
We talked before about doing a jangle pop cover of Maria by Blondie, and we once did a cover of Part Time Punks by the Television Personalities after a few beers, but I think it's better that it doesn't get released!
*