Encounters Life on Venus - An Interview 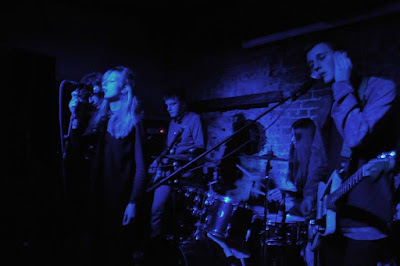 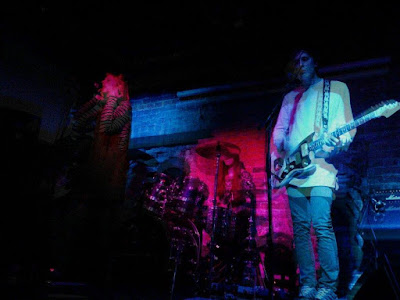 Q. When did Life on Venus start? Tell us about the history...
The whole kind of "band story" started when we got to know each other (thanks to the miracle of the social networking) and became close friends in real life. We used to gather in those quiet places like small rehearsal studios and soviet-style dorm rooms where we had this never-ending stream of fun spending time together. The special vibes of those places have influenced our music a lot - maybe because it somehow reminded us of the late 80s and the 90s, when shoegaze came to life.

There's five of us now, Dima, Marat, Gulya, Sergey and Aline, we know each other quite well and we really enjoy making music together.

Q: Who are your influences?
That's a tricky one, as there's quite a big pattern of influences that has somehow affected our sound. But these are mostly the so-called shoegaze classics, such as Cocteau Twins, Slowdive, Chapterhouse, Swervedriver and so on.

Q. Make a list of 5 albums of all time…
Those were the ones we could think of:
1) Slowdive - Souvlaki
2) Astrobrite - Deluxer
3) Dinosaur Jr - You're Living All Over Me
4) Depreciation Guild - Dream About Me
5) Faunts - M4

Q. How do you feel playing live?
It's incredible. Unique. Even though there's always a chance to screw up that 'magic' feel that everyone expects to go through while hearing us play, - the moment we get on stage and get lost in the music, we're just stunned by this very intimate emotional contact we're having with the audience. It's the sacred moment of telling a secret to a group of people that happened to come on that particular evening.

Q. How do you describe Life on Venus sounds?
We’d say our music blends fuzzy psychedelic sounds alongside with the mellow dreamy vibes, but we let our songs do the talking. It's all a matter of personal taste, the response that our music evokes.


Q: Tell us about the process of recording the songs?
We had fun time recording the album at the local cultural center in Sherbinka, a town near Moscow. The atmosphere of this massive, theater-like building inspired us a lot. A fellow sound engineer, Mikhail, was in charge of the recording process, we managed to record everything really quick and the results were awesome. Then there were series of sleepless nights spent on mixing the songs, but it was all worth it.

Q. Which new bands do you recommend?
We'd name just a few: Blankenberge, Gnoomes (these the bands we used to play with, by the way), Pia Fraus, Vivenne Eastwood and Miniatures.

Q: Which band would you love to made a cover version of?
Though we almost never play covers now, we would really love to play Slowdive's 'Souvlaki Space Station' once.

Q: What are your plans for the future?
We're currently looking for a label to help us take our self-released LP to the next level. We're also busy writing new songs, so there's a chance we'll end up in another album by the end of the year.

We're also looking forward to the concert coming in April, as we're going to play on an opening ceremony of an observatory in Moscow.
*
*
*
Thanks