Daria with Bela Tar - An Interview 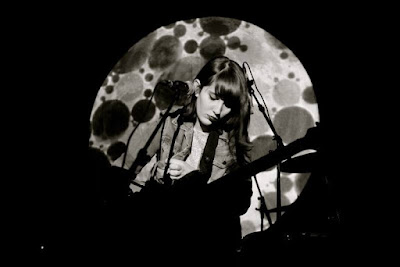 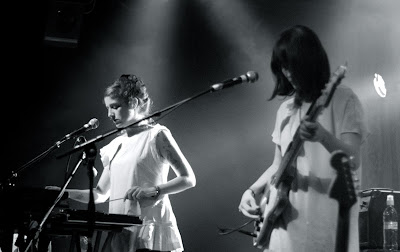 Q. When did Bela Tar start? Tell us about the history...
There was a long period in which i was touring with different bands - Katamine and Ex Lion Tamer. I was also working on film sets doing art and photography. I was completely exhausted from these working environments that included so many people around me all the time and i slowly found more and more comfort in working alone. I was able to focus on creating my own language and aesthetics. I felt like i found this frequency with which i can truly express myself, using my guitar and loops. This was the starting point for what would later be called "Bela Tar". I recorded some songs in my house in early 2010 and sent them to my friend, Itamar Weiner, who then owned a small club/record shop/label in Jerusalem called "Uganda". I was hoping to get a gig there based on these demos. But when Itamar heard them, he called me and said that he wants to do a release. So the demos became "Pulsar", my first album.

Q: Who are your influences?
Sonic Youth, My Bloody Valentine and Jesus and the Mary Chain where my first crushes.

I got super into Red House Painters and Sun Kill Moon later on. I was never a music head that knows tones of stuff. I always just get stuck on something that a friend plays me. At the moment it's my boyfriend who introduced me to Fennesz and William Basinski. I fell in love with both their work.

Q. How do you feel playing live?
It's a very complicated experience for me. I am in introvert and i suffer from stage fright.

But i still do it because there are rare moments of elevation. In the right venue, with the right crowed (and the right sound man) it can get pretty great. A trance like experience.  And after these rare shows i get an hour of not feeling socially awkward.


Q. How do you describe Bela Tar sounds?
All of my songs are based on sound pictures. They are not written in a linear form like a story.  In the core of each song there is a loop which is a few seconds long.To me these few seconds are like a clean canvas. They repeat over and over and it's possible to look at them almost visually. I paint on them with my guitar, effects and vocals and create a geography. The song is some sort of a walk through this terrain.

Q: Tell us about the process of recording the songs ?
I Record almost completely live, just like it's being played in front of an audience.  My first 2 albums where recorded on garage band which i believe is the modern day 4-track. And the new EP was actually recorded on a 4 track.

Q. Which new bands do you recommend?
The Israeli Vaadat Charigim, Singer Or Edry, Shame On Us, TV.out and Red Axes

Q: Which band would you love to made a cover version of?
I am really enjoying singing along to Neko Case lately. Perhaps it's a sign.

Q: What are your plans for the future?
There is a new release coming up of a score that i composed this year. I am also working on a new live performance that will take place May 5th in the Tel Aviv Museum.