Getting Back with The Missing Season - An Interview 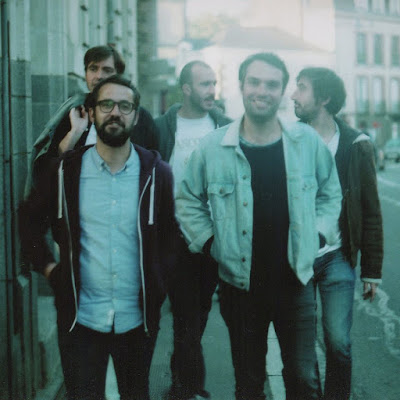 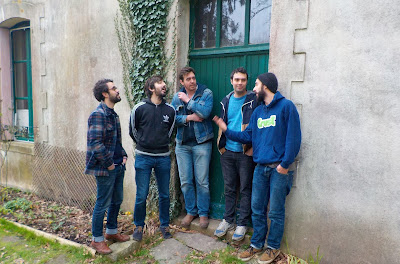 Q. When did The Missing Season start? Tell us about the history...
Nick : We started playing together as buskers in the streets of our city, Rennes, and then in Australia, wer we took a long trip in 2004. We had an awesome time there, playing and daydreaming all day long, in the tropical north. On our way south, we wrote our first song called “Last gift of Corelia” (we later realeased it on our second LP, To The Fire). After one month working here and there, we had enough money to record a four-track E.P in a Melbourne studio. Back in France we created few more songs, enough to put them on a full album called The Secret Map. A DIY label called my littlecab records reached out to us, the label was run by Tazio&Boy, they did a lot for us to make this happen back then.

Q: Who are your influences?
Nick : I listened to a lot of traditional folk music, country blues, a lot of Neil Young, Bert Jansch and other stuff from the Atlantic records first, then a lot of Low, Mark Kozelek, Yo La Tengo, Flying nun records, Teenage Fan Club etc..

Marin : I started getting into the whole pop thing with The Beatles. I am a diehard fan since I was 12. Then, my older cousins made me listen to Pavement, Grandaddy, Weezer, The Delgados, Mogwai… and then on to lloootttss of stuff !

Q. Make a list of 5 albums of all time…
Nick :
Everybody knows this is Nowhere - NeilYoung
Pink Moon - Nick Drake
Dents and Shells - Richard Buckner
Ghosts of the Great Highway - Sun Kil Moon
Under the Western freeway - Grandaddy

Q. How do you feel playing live?
Nick : I feel a great relief! Time flies by on stage, it’s pretty intense and we try to put our best into it (that’s what she said). Since our album Afterhours, which is the start of our noisey phase, we’re really happy to be able to play loud and heavy and make some feedback with our guitars. Occasionally we still play our folk songs, and for us it’s the best of both world.


Marin : Yes, it’s great to be able to play with those 2 formulas. One (which we play since we started the band) is really quiet and delicate, the other is really loud and grungy. After the quiet show, you feel like relieved of a secret, a bit exposed, and after the rock show, you feel electrified and out of breath, and really sweaty ! / best of both worlds indeed :-)

And we have lots of fun on stage with our current lineup, with Kevin & Goulwen (Sudden Death of Stars), Xavier (Totorro) and Sam (Baston, Bantam Lyons). So we try to play as much as we can.

Q. How do you describe The Missing Season sounds?
Nick : In the classic pop rock sound territory already heard, but hey! that’s all we know. One thing that doesn’t change is the vocal harmonies and the pop song format. But still we find our sound in constant evolution.

Marin : Yes, since the band is now quite old, the sound has evolved a lot, from folk to noisey pop, but it will evolve some more. We have a few songs we’d like to arrange with a lot of synths and dark sounds.

Q: Tell us about the process of recording the songs ?
Nick : Once in a while we gather the material we have, melodies on cellphone, demos and stuff and we make a selection out of them. Then we start to think of what we want to hear and lucky enough we often wanna hear the same thing!

Q. Which new bands do you recommend?
The Courtneys, Horse Jumper of Love, Shelf life, Avions..

Q: Which band would you love to made a cover version of?
We did a cover of the Smiths in 2009 (There is a Light That Never Goes Out) and it was fun to do this, we’re thinking of recording a cover album of 80s pop songs in the future

Q: What are your plans for the future?
For the moment we’re recording a new E.P., it’ll be in the continuity of the Getting back album and it might be ready for summer.