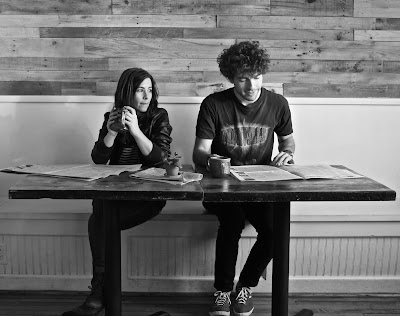 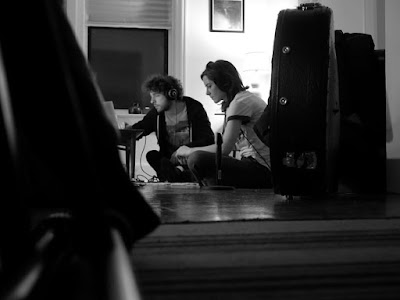 Q. When did Project Diem start? Tell us about the history…
M: A few years ago, Dom and I were in another band together. We always felt a music connection between the two of us, so we started to write together and just mess around with new sounds and ideas. We eventually felt like it could be something more so we started Project Diem and went from there.

Q: Who are your influences?
M: I can never confidently name just a few influences because there are so many and many of them aren’t even music related. When I was a kid I listened to a lot of Ben Folds Five, Beach Boys, Michael Jackson, oldies, and disco…not sure if those had any influence on my music now, but who knows. Currently I listen to a lot of shoegaze, surf, and rnb soul.

D: I've been obsessed with music for as long as I can remember, so influences have come and gone (and come back again). Early on, I was definitely more into rock and guitar music but for the past several years I've been primarily drawn to jazz, soul and hip hop. I think the most exciting people in music right now are Anderson Paak, Kendrick Lamar, Tame Impala, and Kamasi Washington.

Q. How do you feel playing live?
M: It’s a high- with the occasional moments of uncertainty and vulnerability. I’m a pretty shy person, so standing in front of a group of people has always been a fear of mine. But I love the energy and the drama of playing live. I actually feel more confident and at ease on stage then standing in a bar trying to make conversation. Between Dom and I, we have a lot going on when live. So it’s taken some time to get comfortable and to the point where we can relax and feel the music rather than think about it.

D: For me it's about keeping the balance of putting on a constantly engaging performance while also challenging ourselves and progressing with each show.

Q. How do you describe Project Diem sounds?
M: Whenever someone asks what we sound like, we both look at each other and shrug. It’s difficult to pinpoint a sound or a style. We have been compared to Beach House, Broadcast, Phantogram, and Cocteau Twins. I’m not sure if any of those bands really define our sound, but we have some elements that are similar. Dom and I both have our own styles so when we combined the two we get a mixture of a dark, surf, hiphop, dreamy, wall of sound.


Q: Tell us about the process of recording the songs ?
M: We record out of our apartments, so between the radiators causing a ruckus, neighbors walking above, and us not ever satisfied with our parts, we end up rerecording songs a few times. For us, recording and writing tend to intersect, so we usually do a lot of writing and rewriting as we record. First, Dom will build that drum track and record his part. And then I'll go at it and do some scratch vocals and my part. Then Dom goes in and does a quick mix and we figure out whats working, what we could add, or if anything needs restructuring. Then we will rerecord everything all over again. Sometimes we go through that process several times with a song.

D: I'm not great about finding new music at the moment but I just started listening to a band called House of Waters who are really unique and interesting.

Q: Which band would you love to made a cover version of?
M: Are we talking pure fantasy? Because in that case it would be Salt n Pepper.

D: We just started playing a cover of Africa by Toto that Meghan crushes, so I think a full Toto set might be in order

Q: What are your plans for the future?
M: Just to keep moving along. Writing, playing, recording , meeting new people, and finding fresh sounds.