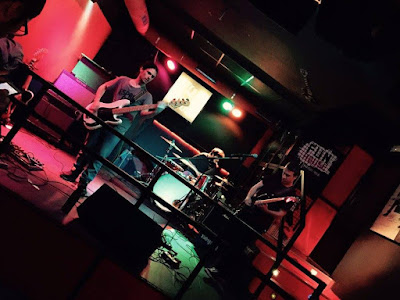 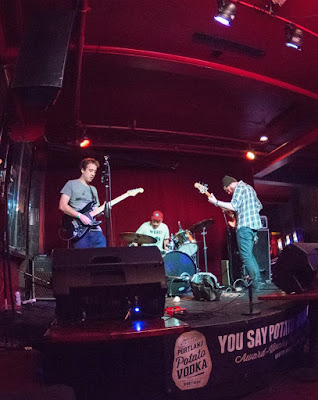 Q. When did Sea Fuzz start? Tell us about the history...
Well I have been musically active since a really young age and I've been in a number of projects before this one. But the true thought for this project actually arose during a lsd induced trance while on a beach vacation with some of my friends. At one moment during the trip one of my friends convinced me that I had a band and it was what we were currently listening to. The split second later after regaining perspective, I realized I definitely had something to contribute to the genre of psychedelic beach rock.

Q: Who are your influences?
My influences literally go all over the place, and they are probably not what you'd expect listening to my music. I love of course late 80s and 90s grunge, post punk and shoegaze bands. But I also tend to listen to a lot of latin and jazz artists like Ray Barretto, Gabor Szabo and all the classic jazzers. I even got into mpb artists like Djavan and Milton Nascimento. Omar Rodriguez Lopez's projects always inspire me too, he's always up to something creative. I grew up studying drumset, so I really like listening to interesting rhythmic compositions. I think it's still an untapped gem in the psych rock genre in general, there is still a lot of room for exploration.

Q. Make a list of 5 albuns of all time…
Oh man, that's so hard. I don't even know. Ummm, let me just go pick some classics that I have been listening to recently.

bitches brew - miles davis
You're living all over me - Dinosaur Jr.
waking on a pretty daze - Kurt Vile
frances the mute - the mars volta
queens of the stone age - Queens of the Stone Age

Q. How do you feel playing live?
I love it. Since I've been moving around so much I have two bands in the US and Spain to play shows with.

Q. How do you describe Sea Fuzz sounds?
I would say it started out as 90s grunge rock project with a psychedelic flair. It still continues in that vein but I see it as shifting and being shaped by what I am listening to. Most of the lyrics reference the sea and the practice of meditation, I find these two things a constant source lyrical ideas that continue to have meaning for me.

This latest album turned out more of a modern shoegaze type of feel. I like the terms: sunny shoegaze, ocean grunge, shamanic beach punk--I feel like they creatively describe what I'm going for. However I think our style will continue to develop actually, and change slightly from album to album. Probably some of our best songs haven't even been written yet.


Q: Tell us about the process of recording the songs ?
This latest album was kind of a strange process. It was recorded partly in studio, partly in pay-to-practice spaces, and partly at home. My usual process for recording music is to record it all in my home studio in Oregon, but I have been living abroad in Spain the last couple years so I have needed to find other ways to record, and for cheap.

Q. Which new bands do you recommend?
Well although they're not too new, I'd recommend people check out the bands The Holy Sons, and Lilacs and Champagne. They are absolutely great and one of the main songwriters has mixed a couple of songs for me, with one appearing on the new album. But there are tons of great new bands out there. One from Spain is called Melange that I really dig. Ghost Frog and Animal Eyes from Portland are amazing. Tons of great bands out there.

Q: Which band would you love to made a cover version of?
Not even sure. I kind of would love to cover a song in Spanish though.

Q: What are your plans for the future?
I'm working on a new single right now and have got tons of songs in the bank to release little by little when the time is right. I am thinking of making an instrumental album too because in every album I have released I usually include 1 or 2 instrumentals, and some people have expressed to me that those are their favorite songs. So the plan is just to continue making albums and playing more shows, that's as far as I can think ahead at the moment.

Q: Any parting words?
Keep on shredding that psychedelic wave! Muito obrigado.
*
*
*
Thanks