Burial Songs with Palehorse/Palerider - An Interview 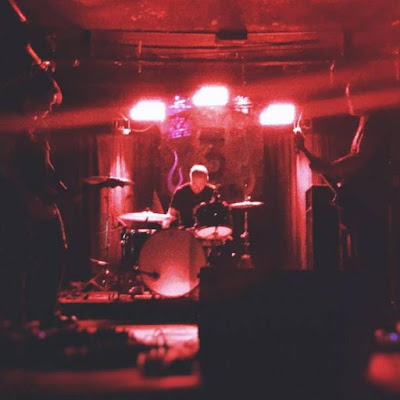 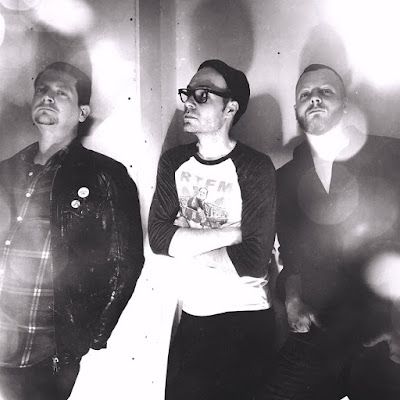 Q. When did Palehorse/Palerider start? Tell us about the history...
The band initially started as a recording project in 2013. Myself(Brandon) and my friend Brett Anderson had kicked the idea around for awhile before sitting down and actually getting to work on the project. We wrote and recorded two songs together before throwing it out there to see if anyone would be interested in actually playing the songs live in a band. David and I have been close friends for many years, and have played in bands that toured together, but we had never actually played in the same band together. We had both been going through some dark times, so the band was a perfect outlet for both of us. Nate is an incredibly talented multi-instrumentalist that I met when we were younger. He played in a band that I ended up taking his spot in after he left. We used the initial two songs as a springboard to writing new material and playing live. Brett left the band in late 2015 which is really when Palehorse/Palerider became what it is today.

We all have very different influences. For Nate Albert Camus, Stravinsky, Thelonius Monk, and Glenn Branca top the list. For David, it would be Grinderman, Fifty Tons Of Black Terror(Penthouse), Bohren & Der Club Of Gore, Unkle, and Morphine. I would say for myself that musically bands like Sunn O))), True Widow, Godspeed You! Black Emperor, My Bloody Valentine, Nick Cave, and Earth are big influences on this project.

Q. How do you feel playing live?
Nate- Cathartic. Like I've just created something out of nothing and then when I'm done there's nothing left again but a feeling or a memory.

David- Creation of art in real time. I also paint, and this is done behind closed doors and people don't see the process. Playing live is an outlet, all mistakes and perfections are in front of fans. It's organic and beautiful.

Brandon- These songs take both the listener and ourselves on a journey. For myself, they are very personal, so in a way, it's a bit of a reflection. I get lost when we play these songs.

Q. How do you describe Palehorse/Palerider sounds?
Nate- Like a garbage truck dropped off the Empire State Building


Q: Tell us about the process of recording the songs ?
We recorded Burial Songs over two days here in Denver, Colorado. Into The Abyss was recorded live in a couple of takes, and the rest were tracked. Brett Anderson, our former bandmate, mixed the record. We had a blast making this record.

Brandon- Not necessarily new, but on heavy rotation: Oikos, Lift To Experience, Library Tapes, Spotlights, Me And That Man.

Q: Which band would you love to made a cover version of?
We go back and forth on covers. Dave and Nate would like to do something by Grinderman. We've talked about/messed around with songs by Codeine, Neurosis, The Birthday Party, etc. If we do something then it would be something that we make completely our own.

Q: What are your plans for the future?
We have a few recording ideas for 2017. We hope to get back into the studio by early summer. We are very open to the idea of heading outside the U.S. to tour at some point as well. Looking forward to playing out and sharing this record as much as possible.

Q: Any parting words?
Our sincerest thanks to everyone across the globe for their support! We have been both humbled and blown away by the response to this record. Looking forward to meeting as many of you as possible!
*
*
*
Thanks