Times of Conflict with Demur - An Interview 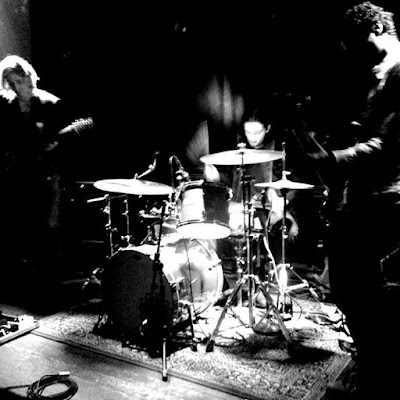 Q. When did Demur start? Tell us about the history...
Demur started in 2014 out of a sad necessity to be heard and was formed by our very own James Blake and Emily Carney, who has since left, but remains close friends and a big supporter of the band. Now there are 4 of us making the loud, louder.

Q: Who are your influences?
We all like lots of stuff like everybody else. But have a big love for bands like Slow Dive, Sonic Youth, Spectres, Lorelle Meets The Obsolete etc. But we all love loads of different types of music. James likes classical Spanish guitar, Ben loves raving to techno, Helgi likes dancing to jazz and I like cruising round the ugly suburbs of Manchester blaring out Kendrick Lamar.

Q. Make a list of 5 albums of all time…
The guys aren’t gonna like reading this part. Mine would be…..
Fleet Foxes- Helplessness Blues,
Nirvana – In Utero,
Joy Division –Unknown Pleasures,
Kendrick Lamar – To pimp a butterfly and……….
Bon Iver- For Emma, Forever ago.

Q. How do you feel playing live?
Anxious and sweaty mostly but I still have fun.


Q. How do you describe Demur sounds?
Luscious, heavy, gazey and off-kilter.

Q: Tell us about the process of recording the songs ?
We usually lay down the bass and drums and build everything around that. We try to keep it as organic as possible.

Q. Which new bands do you recommend?
I would listen out for Washing Machine from Manchester. I saw them for the first time at our last gig and they blew me away. Also I would recommend Spectres from Bristol. They aren’t a new band but they’re very exciting.

Q: Which band would you love to made a cover version of?
Probably ‘Girls just wanna have fun’ by Cyndi Lauper. Classic.

Q: What are your plans for the future?
To live in the present and for the band to be happy.