Late River with Retrieval - An Interview 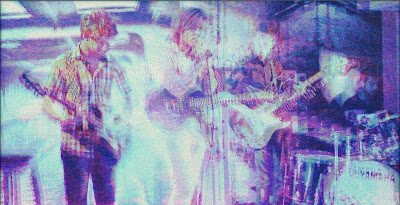 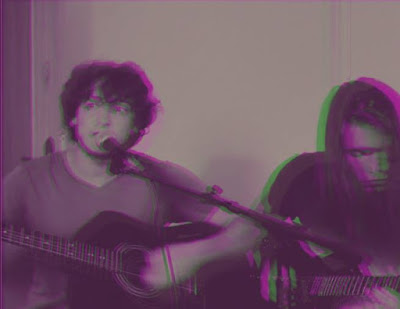 Q. When did Retrieval start? Tell us about the history...
Omar and I (Tima) got to know each other in 2011 while we were still in middle school because of our similar music taste. After a while we decided to start learning how to play guitar and got into some local cover bands while we were beginning to write our own original material on the side.
We quickly got bored of playing covers and so we started Retrieval in the summer of 2014.
There were many line up changes in the beginning but basically it was Omar's and my project.
We got some basic recording material and then recorded and self released our first album 'Late River' in December 2015.

We were and still are heavily into shoegaze and dream pop but felt like we still couldn't achieve that sound at that time, and so our first album was a more straight forward indie rock album.
After the release we played live shows in our hometown of Sousse, Tunisia, but the venues really discouraged playing original songs because they favour cover bands who play popular songs.
So we stopped doing shows altogether and shrunk our band line up to its core, which is Omar and I, so we can focus as a studio project. Now we released 2 singles during the last month and are looking forward to the release of our second album which will be the shoegaze/dream pop album we always wanted to make.


Q: Who are your influences?
Besides the obvious shoegaze pillars which are My Bloody Valentine and Slowdive, we are influenced by Beach House, Lilys, LSD and the Search of God, DIIV, Ninth Paradise and the Brian Jonestown Massacre. Also by some more blackgazey acts such as Alcest, Les Discrets and Deafheaven.

Q. How do you feel playing live?
As we said, we do not play live anymore because of the current non-existence of an alternative scene in our hometown. Although we are planning something for the summer to make some shows happen.

Q. How do you describe Retrieval sounds?
We try to approach shoegaze and dream pop melodically, add to that Omar's and my drowned-in-the-mix vocals, a prominent bass, some psychedelic elements and a guitar wall of sound which ranges from a softer dream pop to a more heavy blackgaze sound.

Q: Tell us about the process of recording the songs ?
First, one of us gets a song idea down and records a demo. Then we both try to think of some elements which could complement the song. After that I work on a vocal melody and write lyrics. Then we record it at home together and finally Omar mixes and masters it. That's how we did it for both of our albums.

Q. Which new bands do you recommend?
We'd like to recommend a lot of new amazing bands actually! First two of our Tunisian bands : The Alexander Furreur Committee and Pardon My French Then internationally : Ninth Paradise, Life on Venus, Blushing, Flyying Colours, Tangible Rays...

Q: Which band would you love to made a cover version of?
We are both huge Radiohead fans, so we would love to cover a song of theirs in our style. Maybe 'Exit Music For A Film' or 'Nice Dream' would work well in a shoegaze style.

Q: What are your plans for the future?
We look forward to the self-release our second album, getting some shows going on this summer and trying to find a label that would be suitable for us.

Q: Any parting words?
Follow us on our Facebook page, where we'll soon announce the release date of the album. Thank you !
*
*
*
Thanks