Hope with The Northeastern Railroads - An Interview 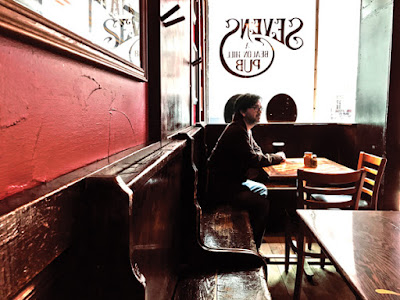 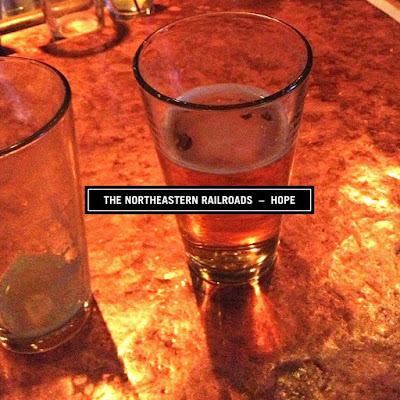 Q: Who are your influences?
Slowdive, The Radio Dept., RIDE, Cocteau Twins, and The National, the last one being obviously not a shoegaze or dream pop band.

Q. Make a list of 5 albuns of all time…
Wow… tough one. I will totally want to change my answer a million times after I write this list, but here’s my best shot, in no particular order:
Portishead – Portishead
David Bowie – The Rise and Fall of Ziggy Stardust and the Spiders from Mars
Nick Drake – Bryter Later
The Cure – Disintegration
David Bowie – ★

I should have included a Louis Armstrong album there, but it’s very difficult to choose one. All his albums are great.

Q. How do you feel playing live?
I am bit shy and feel reasonably frightened at first, but then I calm down a little.

Q. How do you describe The Norhteastern Railrods sounds?
Nostalgic, brooding, melancholic, melodic, and solid.


Q: Tell us about the process of recording the songs?
It was quite exciting. I love working in the studio. Ian Van Opijnen was my recording engineer; he had mixed two albums for another Boston-based shoegaze and dream pop band called Funeral Advantage. In any case, on the first day of recording, after mic-ing the drum set, Ian asked me how I wanted the drums to sound and I said like The National’s. He did not know The National, so he asked me how I wanted the snare to sound, and I made a sound with my mouth, and he went and did that exactly. Then my drummer, Justin Settlage, came in and banged out all tracks in two days. He was absolutely fantastic; played exactly what I requested and the drum tracks sounded great. After that, I invited the bassist, Jason Langshaw, and the other guitarist, Kevin Villanova, from my live band to record on two songs. Even though The Northeastern Railroads is not exactly a band in the strictest sense of the word, I knew they would appreciate being part of the recording. Then it was all me after that. I already knew exactly what I wanted, but Ian provided me with good ideas while I was recording, which I ended up including. All my guitar tracks were recorded in stereo. I think the most difficult part was the backing vocals. I used to have a decent enough falsetto a few years back, but during the recording I discovered that was almost gone, which is very sad to me. But I still did the backing vocals I wanted and I like the end result. After I was done recording, I noticed the bass line for the first song was not exactly what I wanted; I was going to record it again, but the recording studio is about an hour and a half away, so Ian offered to record it himself, and he did a good job. The mix took about ten rounds.

Q. Which new bands do you recommend?
I don’t know how new they really are, but I do like The Kissaway Trail. I also love Film School; they are not really new, but many people do not know them. DIIV is obviously great.

Q: What are your plans for the future?
I am going to promote my current album, “Hope,” for a few months and then start writing a follow up. I know I just released “Hope” but I already have some sketches, even though I haven’t yet sat down to make sense of those sketches. Writing music excites me way more than promoting an album, though, so I am looking forward to that.

Q: Any parting words?
Thank you so much for the interview.
*
*
*
Thanks