Dizzy with Slow Crush - An Interview 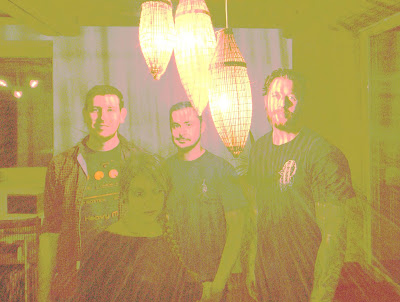 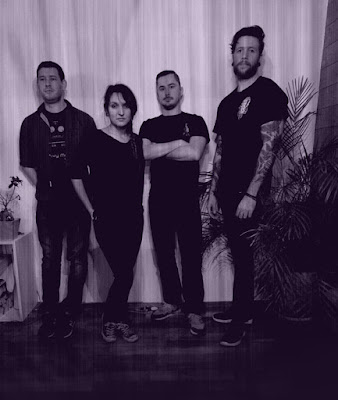 Q. When did Slow Crush start? Tell us about the history...
A: Isa (bass/ vocal ) and me, Jelle (guitar) wanted to do a shoegaze band since forever but we were too busy with other bands and projects until mid 2016.

I wrote and recorded a song or 2 before but never had the time to get a real band together to get Slow Crush going.

One day (april 2016) we finally called up our good friend and drummer Steven to come and jam with us and from the first rehearsal it felt right.
So we started writing some songs, end 2016 Jan joined us on guitar.

Q: Who are your influences?
Anything from the 80's and 90's. the stuff we grew up with.
We're in love with 90's indie rock like Smashing Pumpkins, Afghan Whigs, MBV, Ride, Teenage fan club, Hum, …We also listen to Doom, Death and Black metal like Dissection, Warning, Pallbearer,…
And the newer shoegaze bands like Ringo Deathstar, Whirr, Mumrunner, …

Also the synth driven multi layered music influences us a lot in our song writing process.
like all the synth / dreampop out there like Washed out, Tropics,…It's more soundscape orientated music that has a big influence on us. I guess we're all over the place.

Q. Make a list of 5 albuns of all time…
This is a super hard one. Since it changes the whole time. So many great records out there.

Q. How do you feel playing live?
We just finished playing our first show and Isa never combined vocals and bass before live so we're still getting better.  But it was the best first show i ever played with a band. I guess you're never ready.

Q. How do you describe Slow Crush sounds?
A floaty delay and reverb covered mix of slowness and softness sometimes bursting into life with some heavier fuzzed out guitars.


Q: Tell us about the process of recording the songs ?
When we write our songs we try to do it quick. We come up with the song structure and demo record this only after 30 minutes of jamming on it. So our initial demo recordings are full of mistakes and little organic spontanious cool things we never intended, this way everything stays fresh and new.

When we record the finished track we try to reproduce these little things and add extra melody layers.

For our debut e.p. 'ease' that is about the be released on the 18th of may we recorded 4 songs in our living room and mixed everything ourselves. The first time we did this and it worked out fine. The neighbours didn't like it though.

Q. Which new bands do you recommend?
New bands we're really into are Mumrunner from finland, Wray, Newmoon, Youth in Bloom, …

Q: Which band would you love to made a cover version of?
We're working on a cover songs right now with the help of some friends. We decided to make a cover version of a cover which is and interesting concept since the same song will be approached twice with a different vision. It will be Trespassers William's cover of Vapour Trail original by Ride, a shoegaze classic.

Q: What are your plans for the future?
First we're going to tour our asses off. Play as much as we can all over Europe, we've all got easy or no jobs. In November we plan to hit a real studio.

Q: Any parting words?
Thank you for the interview.