Lighthouse with Bank Myna - An Interview 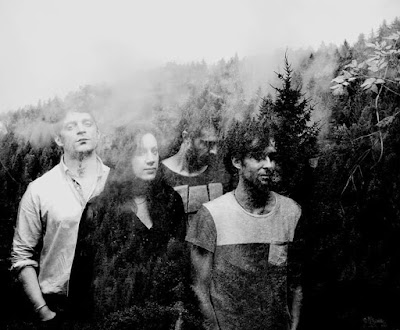 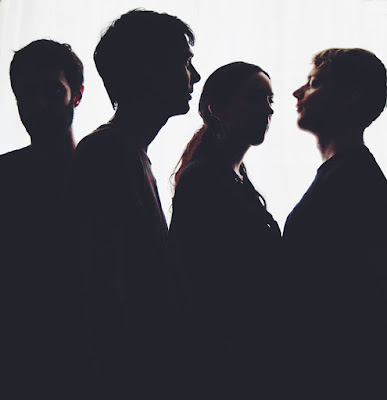 Q. When did Bank Myna start? Tell us about the history…
Maud: We started playing just the four of us in early 2014. Xavier & I had played in several bands together and the last one we had was in the electro pop vein with loads of electronic devices that didn’t leave much space for improvisation and live vibes. We were looking for a more organic / intense sound that would literally slap you across your face and overwhelm you. We actually posted an ad on music websites. Dani was the first bass player we met and quite frankly, it was music love at first sight, so to speak. We met Fabien a few months later and when he started playing, it was like honey to our ears. We’ve also spent some time trying to find a 5th member, especially to simplify our live setup but we never found the right match. So, it’s been us four since then.

Q: Who are your influences?
Maud: What I find great about our band is that we come from totally different backgrounds. Fabien is more into noise / experimental / math-rock bands. Xavier is a big fan of black metal (no kidding!) even though he’s gotten smoother a bit along the way. I feel that Dani is more into indie rock / post-punk stuff like DIIV. As for myself, I guess, I’m bringing some scandi pop into the equation.

Q. Make a list of 5 albuns of all time…
Maud: That’s a tricky question. It is quite complicated to choose since we don’t really have the same influences / taste in music and come from different backgrounds but if I had to pick 5, it’d probably be:

I’ll let the guys add a few more if they want to!

Xavier: It’s difficult to pick only a few but the following ones have been quite life-changing:
Serge Gainsbourg - Histoire de Melody Nelson
Pink Floyd - Dark Side of the Moon
Bruce Springsteen - Born to run
Moonsorrow - Viides Luku: Hävitetty
Swans - The Glowing Man

Q. How do you feel playing live?
Maud: We try to build it as an immersive experience. We like when people can’t see us a lot and focus on the different atmospheres rather than us. We, as people, are not the key element; our music should be. We don’t talk a lot between songs and usually we don’t really stop playing throughout the whole set. That being said, we’re certainly not the best judges. You should come and see for yourself!

Q. How do you describe Bank Myna sounds?
Maud: Contrasts? intensity? light vs dark issues? shades? People have described our music as ‘ghost wave’, I don’t know if that’s accurate. I don’t really know what that implies, actually. Otherwise, I’d say, mix some indie pop with psych atmospheres plus post-rock soaring and add a hint of dream pop vocals into very long songs and voilà, there we are.

Q: Tell us about the process of recording the songs ?
Dani: The most difficult part for recording the songs was to accept that they were finished. The process of composing for us, at least for the first EP, was a very long journey of continuously challenging ourselves. I think part of this everlasting nonconformism was that we were still searching to truly understand how Bank Myna was supposed to sound.

Maud: I totally agree. It was difficult to know when and where to stop. But all in all, I think it was a very constructive journey and I’m really proud of what we’ve accomplished and not just in terms of music but also of how we’ve grown a lot as a band from this experience.


Q. Which new bands do you recommend?
Maud: So, she’s not really a newbie but I can’t not talk about my absolute love for Anna von Hausswolff who’s a true genius. Every song she writes is like heaven on earth. Again, not really new but I recently stumbled across Russian band Pinkshinyultrablast and they’re, as their name might suggest, A BLAST! Otherwise, I’ve really liked Black Mountain’s last LP, especially ‘Mother of the sun’, epic song. And last but not least, a friend of ours has just released a few songs with his band Pöllôt (http://pollotk.bandcamp.com) that you should definitely check out if you’re into prog rock. Their songs might surprise you. And a last last one, we’ve played a couple of shows with Morning Drops from Dijon, FR and they’re ace. They’re about to release their first EP within a few weeks so watch out, it’s gonna be good!

Q: Which band would you love to made a cover version of?
Maud: Something completely different from what we play… say, Abba? Ugh, but it’s been done a 100 times. I dunno. We’re not really into covers!

Dani: I think the closest we got to make a cover was an improvisation of ‘Venus in Furs’ (by The Velvet Undergroung) we did during a rehearsal!! That was quite chaotic… but very funny!!!

Q: What are your plans for the future?
Maud: We wanna play play play play in every club this planet has to offer! No, let’s be serious for a minute… if you need a band to fill up a set, please, get in touch!

Dani: And composing new songs! I think we are in a sweet spot for creation as we learnt a lot with our first EP. We have now a much clearer idea about where we wanna go when we compose and at the same time a lot of unexplored territories to dig into.

Xavier: I guess we are going to add more electronic elements to the songs. At least we are trying to do so.

Q: Any parting words?
Maud: I guess that’s the place where I should write something about the upcoming French presidential elections? Please vote, it’s important!
*
*
*
Thanks