Ranger with Electro Group - An Interview 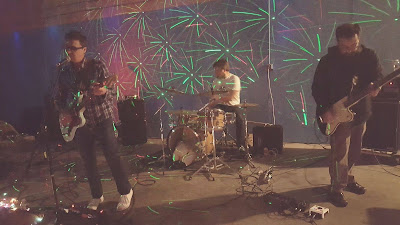 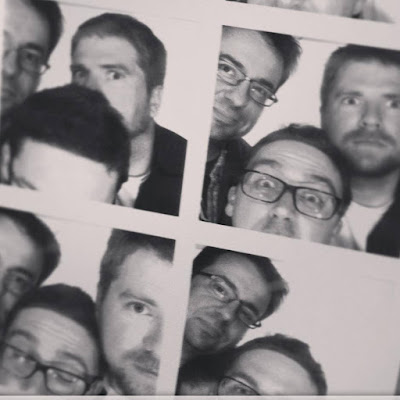 Q. When did Electro Group start? Tell us about the history...
Electro Group started sometime around late 1994 or early 1995. Tim and Ian had been playing together for many years, and had been cycling through a number of drummers. Matt joined up sometime in 94/95, and the lineup hasn't changed since.

Q: Who are your influences?
Matt: Beyond the obvious older stuff (Beatles, etc.) I'd say that early Cure albums are a common touchstone, along with Joy Division/New Order, Sonic Youth, and a bunch of the earlier shoegaze bands (My Bloody Valentine, Loop, Spacemen 3).

Tim: I would add Spacemen 3 as a common love as well as Rollerskate Skinny (such an underrated band). Julee Cruise influenced my singing at a young age.

Q. Make a list of 5 albuns of all time…
Tim: Pass. Too tough of a question.

Matt: I agree with Tim. Too tough to answer. Here are a few underappreciated records instead: Lenola - The Swerving Corpse, Duster - Stratosphere, Rollerskate Skinny - Shoulder Voices

Q. How do you feel playing live?
Matt: Great! Don’t get to do it nearly often enough, unfortunately.

Tim: It is fun to interpret our recordings as a 3 piece.

Q. How do you describe Electro Groups sounds?
Matt: I try not to, whenever possible. If you say "shoegaze" people either don't know what it means, or they think it's 7-minute jams with huge reverb and delay. And any despription with a combination of the words “rock”, “indie”, “dream”, and/or “noise” can be equally misleading.


Q: Tell us about the process of recording the songs ?
For our latest album, Ranger, we went to an actual studio for the first time in over 20 years. We've been living in different cities for a while now, so there were a ton of demo songs that were anywhere from basic sketches of a song to complete versions that we had been previously planning on finishing and self-releasing. We narrowed down to 12 songs that we ended up recording over the course of two separate weeks in July and October 2014.

We had everything pretty well rehearsed before going in, so we were able to put the songs down pretty quickly. It was really refreshing working that quickly with a producer and an engineer who really knew what they were doing, and had access to really nice equipment. We were done mixing by October of 2014, and then it took a couple years to get the record out. But that’s another, much longer story.

Q. Which new bands do you recommend?
Tim: Just caught Moon Duo live. They were great.

Q: Which band would you love to made a cover version of?
Tim: There are some Depeche Mode songs I wouldn’t mind doing all-guitar versions of.

Q: What are your plans for the future?
Tim: Keep recording and play as many live dates as possible. Release another video for the Ranger album.

Q: Any parting words? Thanks again, and talk soon!
Thanks to everyone who has checked out the new record. Hopefully it won’t take so long for the next one!
*
*
*
Thanks