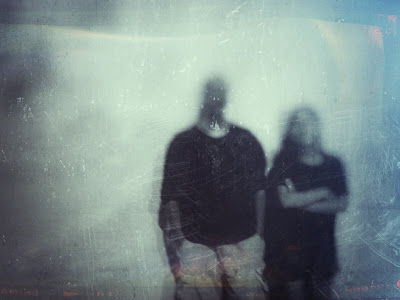 
We decided to release three new songs as separate singles in March 2017. Each of the three song has a personal story, and they represent the three faces of our sound: the first one ("everybody lies as they think of heaven") is one where we both sing, and there is more guitar work, and the song stretches out beyond 6 minutes, and it's full of reverb. Then there's' another one ("be the last") where G sings
by himself, and the song rests on a more electronic layer, where the bass predominates, but the guitars are still there, through a bit behind. Finally, there's 'changing clouds', a song that is entirely written and sung by Lilia, and, it's more personal, and maybe could work well on some movie soundtrack.

Lilia: when I wrote the song, which is now more than 6 years ago, it felt like i was having some 'cleansing' going on. It all came out quite naturally, chord progression and lyrics, while I wasn't particularly thinking about anything. Simply, the writing process felt as it was bringing some inner peace. However I wasn't sure about the arrangement, and so I let the song in the drawer, so to speak. Then with Dear Baby Deer we performed it live, and added some guitar work on it, so we decided it probably was time to record it properly. And we added the instrumental coda that is now at the end of the song, with a couple of additional chords. And now it finally feels whole, complete. We're quite
happy about it.


G: I personally like "everybody lies..." a lot. It is one of our most refined recordings and the guitar sound is excellent (we have to thank our friends at Trixity productions back in Italy for that). The song is about people going through life without a clear purpose, and then realizing time may have passed for... doing the important things in life. it's also a reflection about how fleeting it is, and how people tend to postpone happiness, often with the thought of an afterlife. the cover is a photo I took in a cemetery in west London. On the other hand, 'be the last', is quite an older idea, as far as the chords go, about 12 years old, but i never found the proper way to arrange it, until i thought of removing the many layers of guitar that were there, and introduce more atmospheric sounds. I like the bass on it, a lot.

After these three songs, we'll be working on another single to be released perhaps in May... and then the full album we told you about in september. It will take some time, but we hope to release it by the end of this summer (and we'll spend summer playing live too).


All of our songs are available on https://dearbabydeer.bandcamp.com and you can easily follow us and add our music to playlists on spotify, here: sptfy.com/2DTt
*
*
*
Thanks