Your Feedback with The Cult of Lip - An Interview 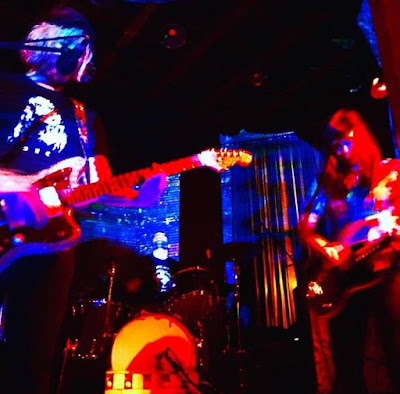 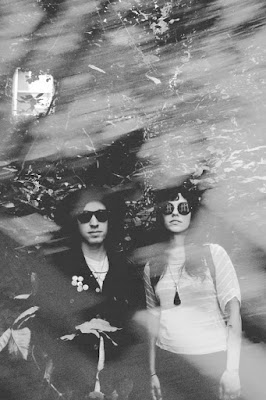 Q. When did The Cult of Lip start? Tell us about the history...

The Cult of Lip loosely started under a different name (VATS) and as my solo project back in 2009. Once Hannah joined and I wasn't the only core member/writer we decided to change the name, and I came up with "the Cult of Lip".

Q. Make a list of 5 albums of all time…
1. Cocteau Twins "Garlands"
2. Spacemen 3 "Taking drugs to make music to take drugs to"
3. Broadcast and the Focus Group "Investigate Witch Cults of the Radio Age"
4. ...And you will know us by the trail of dead "Source Tags and Codes"
5. Jesus and Mary Chain "Psychocandy"

Q. How do you feel playing live?
Disoriented and in the moment. We tried out playing with the room as dark as possible and with projections covering us and the stage a while ago and have never looked back.


Q. How do you describe The Cult of Lip sounds?
Loud. The guitars don't sound like guitars and you can't understand the lyrics but that's how we like it. We once had someone from a band we greatly admire tell us that we sounded like if Kevin Shields joined Sonic Youth and that's maybe the nicest thing anyone's ever said to us.

Q: Tell us about the process of recording the songs ?
t's all done very slowly, in our home studio. The drums on record are usually electronic/programmed, and everything else is layered over the top until we feel it's finished, which can take a while. Home recording is the best fit for us because we know when the songs are finished and we don't want money (or a lack thereof) to dictate that.

Q. Which new bands do you recommend?
DIIE, See Through Dresses, American Cream, Dead Gurus, Pussytoes, probably a lot of others but we're bad at keeping up with new releases/bands.

Q: Which band would you love to made a cover version of?
Siouxsie and the Banshees

Q: What are your plans for the future?
We're starting to record our first full-length next month (August 2017), and after that the only real plan is tour, tour, tour.

Q: Any parting words?
Beware of sound people that say "you can turn your amp way down and I'll just turn you up in the monitors"...
*
*
*
Thanks