Torpor with Spirit Maces - An Interview 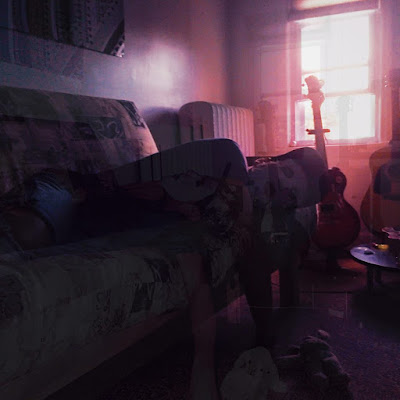 
Q. When did Spirit Maces start? Tell us about the history...
Spirit Maces started some time around 2012 or so, when I finally had gotten a grasp of how take control of the recording process on my own. I had been playing/writing little things for long before that, but never had the technical means of completing a song. So basically once I invested my time in learning the recording/mixing process, moved into my own apartment and completed some recordings, I realized I was a project to be named at that point.

Q. Make a list of 5 albuns of all time…
You know that's a tough one...
I am trying to list these with a timeless aspect, but my answers are impacted by my current listening habits, so if I were to look back at this in a few months I'm sure it would look different:

Q. How do you feel playing live?
It's not something I am completely comfortable with. I haven't performed any Spirit Maces stuff at all. I have very little experience playing live. I played in a band some years ago where we did a couple of shows here and there that I was sort of forced to play. There were times it didn't go so well. I felt the only way I could get comfortable enough to play live was to get stupidly drunk; it seemed to go okay, until I watched back any videos that may have been recorded, and didn't realize what a fucking disaster I was. So that was a lesson learned.

I haven't thought at all about arranging songs for live performance. I also don't have a band put together yet either. So I'm a ways away from that.

Q. How do you describe Spirit Maces sounds?
A living, breathing work in progress. An amateur take on sounds that are inspired by 80s pop, shoegaze, 60s psychedelic rock/pop, krautrock, 2-step, chillwave.

I haven't released very much music to date, however looking back on the Torpor EP that I had made, the songs are cobbled together in childlike fashion and bring me back to another period of time. I have very poor memory in general and sadly have trouble remembering things or distinguishing one year from another, so listening back to this music recalls another period of time, especially with all the personal field recordings embedded within. So this is my way of documenting my life.


Q: Tell us about the process of recording the songs ?
Songs generally start with the chord progression or a melody on guitar, which is my main instrument and where I feel most comfort; though sometimes melodies will start with the bass or with synths. I'll jam on a progression for a while trying to find seamless transitions into other sections. Drums are programmed in after guitars, and bass guitar falls somewhere in there too. Lyrics usually come later on.

Some of the songs that are released were conceived many years ago. I take an excruciatingly long time to complete any music, due to restraints on time and horrible procrastination. I was still so unsure of how to do any recording when I made Torpor, so I was learning everything as I went along, which is fine, but definitely slowed down the recording process. I'm also kind of a neurotic perfectionist, so I would be making small tweaks to these subpar recordings and never really being satisfied. It took a lot for me to let go and accept the songs as they were.

My girlfriend is so supportive and helpful, and is always getting on my case to just complete the songs and move on. Otherwise, it would take 10 years to complete a single song, which is fucking ridiculous when considering that I only have a handful of songs that I have been comfortable with releasing. So for what I'm recording now, I am trying my hand at approaching more of a quantity over quality approach.

My friends and I have a song challenge where we have a limited time frame to complete and present a musical idea to each other, which was awesome. It forced me to look past imperfections and focus on just completing songs, no matter how shitty they may be. A lot of the tracks I'm putting together now where made from these challenges, and I think they came out sounding so much better than the stuff I slaved over.

Q: Which band would you love to made a cover version of?
I always wanted to do a serious cover of I Wanna Be Adored by The Stone Roses. I'd also love to embarrass myself as Morrissey and cover The Smiths lol.

Q: What are your plans for the future?
To make a lot more music at a faster pace. The rest is really up in the air. In my mind the thought of playing live shows sounds nice and I have been asked to do so, but I haven't really fleshed that out yet. So I guess that would be up in plans for the future. I also want to get involved with the visual component of music, so connecting with the many talented visual artists that I'm lucky enough to be around would be awesome.

Q: Any parting words?
I am so sorry for taking such a long time to respond to this. Thank you so much for reaching out. Thank you to everyone who took the time to listen to even 30 seconds of a song! it means the world to me, considering how much music there is to listen to.
*
*
*
Thanks