Scared of the Dark with Violent Dreams - An Interview 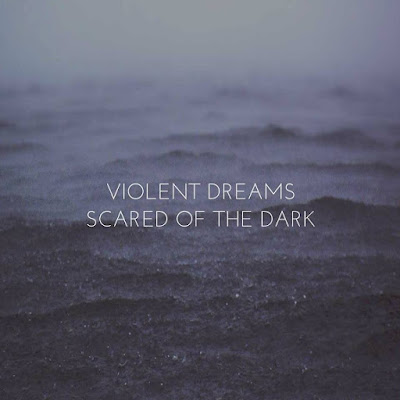 Q. When did Violent Dreams start? Tell us about the history...
I've been in a few different bands over the years but over the last few years I've really developed a love of shoegaze and dream pop so I wanted to start a new project to focus on that sound. I've been lucky enough to be able to enlist my girlfriend Abby onto the project too and she lends her voice to a few of the tracks.

Q: Who are your influences?
It's probably a bit cliché to say it but it was bands such as My Bloody Valentine, Slowdive and Jesus Mary Chain that really got me interested in the genre and I still find myself going back to albums like Souvlaki again and again. That being said, I think there's been a definite resurgence in this sort of music in the last 10 years and there have been some really great records put out by bands like LSD and the Search for God, Asobi Seksu and Alcest. There is also definitely some influence from the neo-psych bands of the 90s and especially The Brian Jonestown Massacre.

Q. Make a list of 5 albums of all time…
Man this is tough and it does fluctuate from time to time and is a bit of a mish mash but I'd probably say at the moment:
1. Pink Floyd - Dark Side of the Moon
2. Jeff Buckley - Grace
3. Radiohead - OK Computer
4. Giles Corey - Giles Corey
5. Antlers - Hospice

Q. How do you feel playing live?
I've always loved playing live with other bands but we actually haven't played live as Violent Dreams yet. I'm currently working on creating live versions of the tracks and with this sort of music it's important to be able to recreate all the big sounds you can create on a recorded track.

Q. How do you describe Violent Dreams sounds?
I suppose it would be easy to go with the standard labels like shoegaze, dream pop and bedroom pop but we're definitely trying to bring something new to the table too. This first EP is relatively traditional but moving forward I'm looking to try and push the songs to be bigger sounding and more experimental, really pushing the contrast between the raw guitars and the softer vocals. I also think that shoegaze as a genre can sometimes suffer from feeling a bit cold and detatched so I'm trying to bring some more life to the tracks.

Q: Tell us about the process of recording the songs ?
I've got a bit of a makeshift studio set up at home and so I've been recording the various tracks for the EP inbetween work. I tend to find that I work in short bursts, when a song comes to me I'll generally get all the instruments and vocals recorded on the same day. The production, mixing and mastering on the other hand takes a lot longer, I love messing around with interesting effects just to see what sounds I can get out of the guitar. I'm also a bit of a perfectionist so I probably spend way too much time on tweaking and mastering the tracks before putting them out.

Q. Which new bands do you recommend?
I've been using the genre tags on Bandcamp to find a lot of new stuff recently and have come across some great bands like A Thousand Hours and Candy. I've also found a lot of great stuff through listening to DKFM with shows like The Reverb and The Shoegaze Collective. I'm also in love with Cigarettes after Sex at the moment who I somehow missed out on up to now!

Q: Which band would you love to made a cover version of?
Well funnily enough I'm actually working on a cover version of God Only Knows by the Beach Boys at the moment. They were the first band to really use the wall of sound production technique and I so you could say they had a hand in starting something that eventually led to Shoegaze. I saw Brian Wilson play Pet Sounds live not so long ago and it was incredible to see a full 11 piece band play it on stage, its easy to forget just how intricately produced those records are.

Q: What are your plans for the future?
Besides looking to get some live shows arranged I've already started work on the next record which I am hoping to try and get out before the end of the year.

Q: Any parting words?
I'd just like to say thanks for having us on your awesome blog and keep an ear out for some new material coming soon!
*
*
*
Thanks