Night Divorce with Somber - An Interview 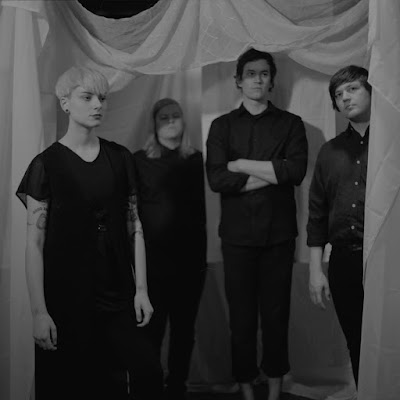 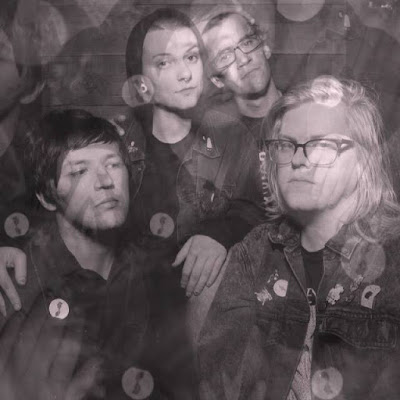 Q. When did Somber start? Tell us about the history...
Myrrh: Somber was conceived about two years ago, the night Jonathan and I met at a show here in Portland. We connected after talking about our identical musical interests and immediately decided to start a band together. I remember feeling like conceptually we were so on the same page, and it was really exciting to connect with someone on a creative level so quickly. He brought in Justin, who had played drums in his last band, the two of them had a previous creative relationship and work together well. I met LP through work, they had recently moved to Portland and were looking for a band, and after connecting with them over musical interests as well I asked them to join us.

Q: Who are your influences?
Jonathan: James Kelly of Wife/Altar of Plagues - He's forward thinking in his arrangements and use of samples, and what he does doesn't sound like any other project. I like that he left Altar of Plagues at the peak of its hype and took it as far as he could go, then moved on to a different project which is scary and admirable.

Justin: Jazz drummer Mark Guiliana due to his ability to improvise and his unorthodox approach to the instrument.

Myrrh: I was really influenced by the vocal melodies of Kristina Esfandiari (King Woman, Miserable) and Chelsea Wolfe. They really inspired me to embrace my vocal style and find a way to weave it into the instrumentation of Night Divorce.

LP: For my tone on Night Divorce, I think my biggest influence was the bass on Kowloon Walled City's release Grievances. The bass playing is straightforward, but really crushing with its tone. I wanted to capture that sort of feeling and translate it over to our sound. Another influence for me is Frank Ocean. His work is a great example of how to write a song with so many influences and to move a song forward linearly.

Q. Make a list of 5 albums of all time…
We each chose one, plus a collective favorite!

Jonathan: AIA: Alien Observer by Grouper
LP: Blonde by Frank Ocean
Justin: Nest by U Sco, it's probably the album I've listened to the most.
Myrrh: The Shape of Punk to Come by Refused
Collective pick: Abyss by Chelsea Wolfe, this album influenced our instrumentation and recording more than any other.

Q. How do you feel playing live?
Myrrh: Performing can be intense, because I revisit the experiences I've written about in my lyrics. Writing Night Divorce was a way for me to process night terrors I was having at the time, and come to terms with reality when I could never really tell whether or not I was in a dream. I kind of re-enter that state of half-reality when I'm performing. My favorite moment of our set is playing the last song, Mend. There are no keyboards on that song, so I can go out into the crowd and really feel everyone's energy. After a whole set of heavy sounds and memories, that serves as a way to process and heal. The lyrics also serve as a reminder to myself that healing is a continuous process - "Find the ways to mend again / Healing and breaking, over and over, it's never over / You'll be alright someday." I find strength in allowing myself to be vulnerable in front of an audience.

Q. How do you describe Somber sounds?
LP: When asked how we sound, the first words I always say are "dark" and "heavy". I think we have some trouble defining what genre we fall into exactly, but for me what I want to convey is the darkness in our songs along with the noise elements we incorporate.

Jonathan: I think we have a lot of dichotomies, and try to find the balance in them all to showcase it in a way that doesn't feel stale while still trying to layer heavy textures.

Myrrh: Cavernous, like echoes from the walls of a deep cave.


Q: Tell us about the process of recording the songs ?
Jonathan: We wanted to capture our range of dynamics in recording, and approach it in a way that would keep the feeling intact. It was really important to us that we find an engineer we could vibe with and help us get what we heard in our heads onto record, and we found that in Chris Scott at We'll Make Do Studios. He understood exactly what we were looking for and helped us carve out the right sound perfectly, like a 5th member of the band.

Q. Which new bands do you recommend?
Laiva: https://laiva.bandcamp.com/
These are friends of ours who played our album release show with us! This EP was on repeat for about a week after I had first heard it, and is one of my favorites that have come out this year. - Myrrh

Zen Mother: https://zenmother.bandcamp.com/album/i-was-made-to-be-like-her
Zen Mother is a band somewhat similar to us based out of Seattle. They just put an album out the same day as us and it's already my favorite release of 2017. The first track is so incredibly impactful, it's a must listen. - LP

Floating Room: https://floatingroom.bandcamp.com/
We've known these folks for years, and it's been really exciting to watch them grow a following here in Portland. - Myrrh

House Olympics: https://houseolympics.bandcamp.com/album/nothing-feels-better-than-feeling-better
House Olympics is a band from Indiana that I used to play in drums in. It's heavy, midwestern screamo. They're putting an album out in the next month or two that they've sent to me, and I can't wait for everyone to be able to hear it. - LP

Q: Which band would you love to make a cover version of?
Myrrh: A fun cover song would be Missed by PJ Harvey - A lot of the guitar work and vocal melodies aren't too far off from our own writing, and I think Justin could work with the drum parts in a really creative way. We haven't considered doing a cover before, but this has totally got us thinking about it! Who knows, maybe it'll make an appearance at an upcoming show!

Q: What are your plans for the future?
We are currently writing for a follow up to Night Divorce! We're really taking care with this one to make it the right step forward, and working on developing some new concepts and sounds. We hope to start touring in the near future as well.

Q: Any parting words?
Thank you so much for listening to Night Divorce and featuring us here on your blog! We're really proud of the EP and it's really exciting to see it being shared internationally!
*
*
*
Thanks