Cycle Theory with Noise and Silence - An Interview 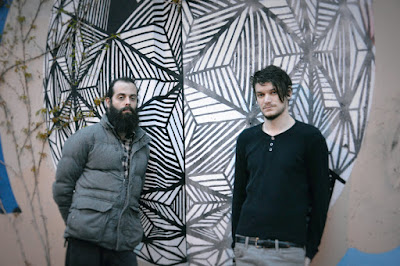 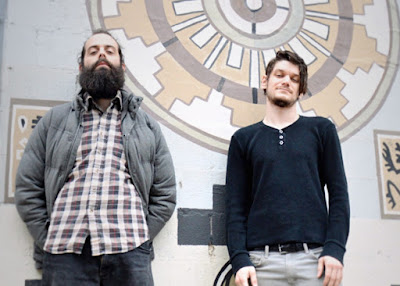 Q. When did Noise and Silence start? Tell us about the history...
Were blood relatives, known each other our whole lives and music was always been around us. We lived far apart for awhile and only had chances to play a few times a year. Eventually we moved in together and started developing our foundations with long nights in practice spaces. We helped some friends run a DIY venue and started playing shows and recording some demos.

Q: Who are your influences?
Its hard to say because its constantly changing. There is definitely an alternative and indie rock background for us. I think Cycle Theory is our nod to post-rock and shoegaze sounds. We find new influences from everything around Philadelphia, we'll go to local shows and be blown away by what some people are doing here. Its going to be interesting seeing what new things we find and can bridge together.

Q. Make a list of 5 albums of all time…
Broken Social Scene - You Forgot It in People
Such a vast collection of great sounds, unafraid to experiment before dropping a hook.

Slint - Spiderland
A couple of kids from a basement conjuring intense dynamics. A lot respect for exploring that path.

Hop Along - Get Disowned
This album tore us to pieces and were still trying to put them back together.

Autolux - Future Perfect
Im really amazed by all the little details I can still discover after all the times listening to this record.

Smashing Pumpkins - Siamese Dream
Fantastic production. This album has stuck with me for a long time.

Q. How do you feel playing live?
I think this is where our project comes to life! We incorporate multimedia, like projectors displaying visuals behind, on, and around us. The guitar is usually setup to run stereo effects that swirl around the stage. We add outside sounds in clever ways and try to make each show a little different than the last. The adrenaline starts pumping and our songs take these little shifts off the path of how they usually sound. The people in the crowd look on with bewilderment. Theres so much to take in, its like we have them in a trance and were guiding them through this experience were all having together. Its beautiful!


Q. How do you describe Noise and Silence sounds?
Creating a dynamically shifting atmosphere and bending sounds around it. We are a duo of guitar and drums so we like to experiment and see what kinds of other things we can sneak in.

Q: Tell us about the process of recording the songs?
We did the entire recording and mixing ourself. We initially tracked on 4-track tape to get a warm dirty texture and edited everything digitally to get surgically precise. There are a few background layers we experimented with, keyboards, a cello, and some hidden digital tweaks with electronic instruments. The room we were recording in had a great ambiance we tried to cater to with focus on the drums raw and close up feel. The guitars were run through various amps, pedals, and out board gear most of them modded by us. I would attribute some mods to being a key sound, a secret weapon of course.

Q. Which new bands do you recommend?
A lot of cool stuff is going on in Philly right now
Dulls
Along the Way
Stargazer Lilies
Fine Motor
Callowhill

Q: What are your plans for the future?
Were playing shows and doing some small tours. When the dust settles hopefully we can evolve our sound and put out a vinyl that you can sync up to our visuals or something interesting like that. Isn't the future crazy?

Q: Any parting words?
Thank you so much for everything!
*
*
*
Thanks