Are You Free? with Crash City Saints - An Interview 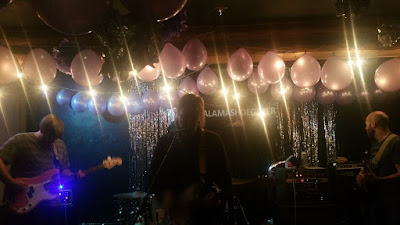 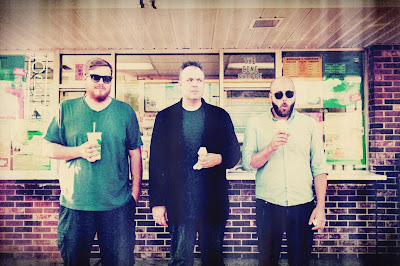 Q. When did CCS start? Tell us about the history...
A. Trying to think of a concise, to-the-point way of writing the history of this project as — after 14 years, multiple states, and countless line-up changes — it can easily turn into a rambling, shaggy dog story if I’m not careful. The short version is I started Crash City Saints back in 2003, when I recorded the songs that would become our first release, the Nightdrive EP, on the label Sonic Syrup. Since then, the band has been for the most part me and whoever I can wrangle to record with or play the occasional live show. I have written and recorded two full-length albums thus far: Glow in the Dark Music in 2013, and our upcoming release, Are You Free?, which is dropping August 11th on Saint Marie. We also have a 3-song EP, I’m Only Looking, available for free on our bandcamp page. For anyone who is interested to know more than those basic details, I wrote a more in-depth biography on our Facebook page under the “About” section. Might want to grab a cup of coffee though before you attempt reading it, though. Don’t say I didn’t warn you.

Q: Who are your influences?
A. Probably everything at some point or another. There are the obvious touchstones of course. All the first-wave shoegaze bands impacted how I approach writing and recording music: Lush, My Bloody Valentine, Ride, Slowdive, Medicine, Chapterhouse, Curve, Swervedriver, etc. Their influence cannot be overstated. Sonic Youth were the band that got me into alternate tunings, without which at least half the songs I’ve ever written would either not exist or sound very different. Also a lot of the British indie-dance stuff from the late 80s/early 90s. Punk, metal, hip hop, new wave, electronic, folk, jazz, The Beatles, Prince, David Bowie… oh, I could do this all day. I love music in almost* all its many shapes and varieties, and most of these have crept their way into my music to varying degrees.

Q. Make a list of 5 albums of all time…
A. This week I’m leaning towards:

Q. How do you feel playing live?
A. It’s still my least favorite part of being in a band, but I have learned to quit being so uptight about everything being perfect and just have fun with it.


Q. How do you describe CCS sounds?
A. I don’t even know anymore. Give us a listen and see what you think.

Q: Tell us about the process of recording the songs?
A. Unlike Glow in the Dark Music, which was recorded and mixed on my dodgy old laptop, Are You Free? was done at a studio using microphones and preamps that together I suspect cost more than I make in a year (which probably isn’t saying much, but still). We started by loading up my demo versions of the songs on to the computer. Then Joel Gorenflo, our drummer, played over the programmed beats. Next, Elliot Skjordal recorded the bass parts. I recorded some guitars (some of the guitars I did for the demos ended up being used for the album versions). Dave Bolema, who was the studio engineer, added other stuff (more guitars, keyboards, the string arrangement on “Ice Cream Headache”). Some friends and former bandmates contributed: Mark Morris from Glowfriends, Matt Massuch who played in Crash City Saints for many years, and Simon Raymonde (still not exactly sure how the stars aligned for that one, but far be it from me to question providence). Most of the vocals ended up being done at my apartment on my laptop because for some reason we were just getting better results that way. All told, while ultimately I feel good about how the album turned out, recording it was one of the most drawn out, torturous experiences of my life, and it took much, much longer than it ever should have. I will spare the details, but if you ever see me at a show and want to know the whole story, buy me a pint and pull up a chair because we could be there a while.

Q. Which new bands do you recommend?
A. LEONES https://leonesin.bandcamp.com/album/lovetrip

Q: Which band would you love to make a cover version of?
A. Have had an idea in mind for a version of The Beach Boys “Caroline, No” that I have been sitting for a while now. Need to quit just thinking about it and make it happen one of these days.

Q: What are your plans for the future?
A. Album number three! And no seven year wait this time I promise (knock on wood).

Q: Any parting words?
A. To anyone who has ever emailed me, bought my music, given Crash City Saints a shout-out, or just supported underground and independent music in general, many thanks from the bottom of my heart. You are the reason I keep plugging away at this.
*
*
*
Thanks