Distance with Doorbells - An Interview 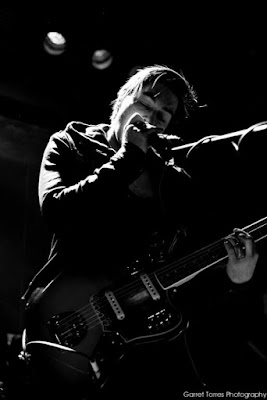 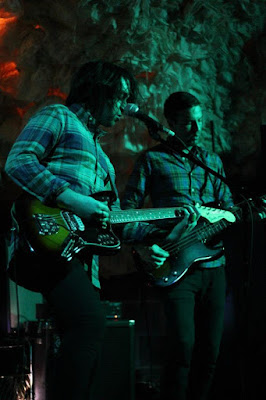 Q. When did Doorbells start? Tell us about the history...
Doorbells started back in 2010 as a personal project more or less. Just releasing music online. There was really no defined lines of a genre. iIt has taken on many forms to get to the sound that it is now.

Q: Who are your influences?
As far as influences go I would have to say David Bowie, Joy Division, Ty Segall, Modest Mouse, My Bloody Valentine and anything that came out on Captured Tracks in the early days of the label.

Q. Make a list of 5 albuns of all time…
Top 5 albums is a tough one, but in no particular order:

1. David Bowie- The Rise and Fall of Ziggy Stardust and The Spiders From Mars.
2. Notorious B.I.G.- Ready To Die
3. Beach Fossils- Beach Fossils
4. Modest Mouse- Building Nothing Out Of Something
5. Sharon Van Etten- Epic

Q. How do you feel playing live?
I have always enjoyed playing live I never really had any qualms about it. Sometimes the music might translate as well due to the fact there’s usually a lot of layers on the recordings. I haven’t actually played a show in a while so it’d feel good to get out there every so often.

Q. How do you describe Doorbells sounds?
I’m not sure how I would describe the sound. I guess the internet describes it as shogaze or dream pop. I just try to make something that I would listen too that would blend in with a playlist or something.


Q: Tell us about the process of recording the songs ?
Recording has become quite different over the past recordings. I use to go into a studio and do that whole deal, but everything is pretty much tracked on my laptop. The first two EP’s I released were recorded with Adam Korbesmeyer, he’s a wizard producer/engineer/writer, at his studio and then we tracked some through a house using different rooms for different sounds. Now I usually start messing around writing something then will go straight to recording it messing with different pedals fx etc. I don’t write anything down.

Q. Which new bands do you recommend?
Hmmm new bands I would recommend. You have me stumped I guess Day Wave…Are they considered new still? OH! Tomi, check them out.

Q: Which band would you love to made a cover version of?
If I were to make a cover band I guess it would have to be something like The Temptations, but make them all into shoegaze versions of their songs that would be bizarre.

Q: What are your plans for the future?
Plans for the future probably just keep releasing new music. I’m working on a collaboration record at the moment might just be 5 songs not sure yet, it’s coming together.