Road Eyes with Amusement Parks On Fire - An Interview 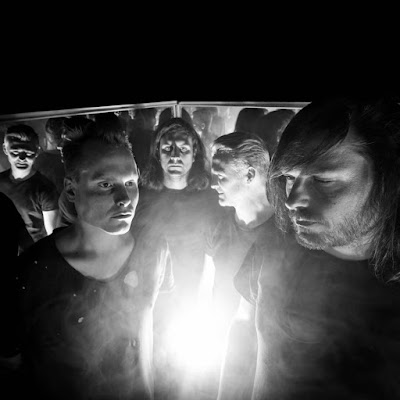 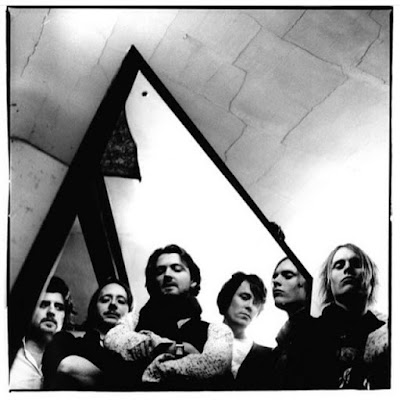 Q. When Amusement Parks on Fire began, tell us the story.
Basically I guess I’d caught the attention of a music lawyer when I was about 16 or 17 and I’d been getting funding from a couple of labels to do some demos, but he ended up just funding an album himself. I think we had about £3,000, half of which went on mastering for some reason. I had an album in mind, with an instrumental intro, reprise and interlude, partly by design and partly because I didn’t have much material! We booked a few weeks in a little Nottingham studio with Dan Knowles (who later played in the band) engineering it. It was a lot of fun to have a studio to put down whatever I wanted. I was really pleased with the results but I’d only really thought of it as a long-form demo and didn’t imagine many people would hear it, I was just excited to show it to my friends. I was pretty surprised when suddenly Geoff Barrow wanted to put it out, there was a world-tour to do and I had to get a band together immediately. The rest, as they say, is drunk history.

Q. What were and are the band's influences?
I guess initially it was all the 90’s guitar stuff that’d I’d loved as a teenager. I was really excited about what I thought of as the first-wave of ‘post-rock’, the first few releases from Godspeed! You Black Emperor, Mogwai et al. I grew up obsessed with my dad’s prog-rock record collection so there’s always a kind of bedrock of that in there, the big reprises and everything. I remember the first week or so of recording the first album going to the Rescue Rooms, which had just opened, and seeing Acid Mothers Temple and that had a big impact. Recording albums, I like to let the surroundings feed in to the music. The second album was mostly made in Sigur Ros’ studio and that clearly had an impact, to the point where a lot of stuff was tracked with their equipment. That’s where the cello bow stuff came from! The third record was referencing that more polished, LA sound. With the album I’m writing at the moment it’s very different again…

Q. What is your Top 5 albums of all time?
I find this kind of thing impossible! Don’t wanna be a spoilsport though of course. Here’s 5 that mean a lot to me, in no particular order:

Q. How does it feel to play live?
It feels great! Most shows, the good ones, feel like you’re in this kind of blissful noise-bubble for an hour or so, it’s really peaceful. It’s just very fun. I feel like with the back catalogue, there’s a lot of serious, emotive stuff and there’s a lot of stuff that was just really fun to kick out in the practice room, so the juxtaposition of the two makes for a very enjoyable show. We nearly always end with an encore of the song Cut To Future Shock, when we crank the amps up a little, and it just descends into all-out dissonant volume, in the traditional style, and it’s a very visceral, cathartic event. It just doesn’t get old, being in a room with however many people, experiencing the same abstract vibration combination. I recommend it!


Q. What is your favorite Amusement Parks on Fire album / music ?
Oh man, it’s very difficult to say. I’m fond of it all for different reasons. I’m conscious that I’m not gonna hear it in the same way as anyone else, but then I guess anyone could say that about experiencing anything! I think now I’d find the last one the easiest to listen to, partly because it’s probably the most cohesive and maybe the most realised. But then maybe also because the lyrics, though essentially coming from myself, in my mind are kind of coming from another character, there’s some distance. I think just being younger and having very intense feelings, for want of a better expression, means the first two are a bit more raw and have deeper emotional memories attached to them maybe. I dunno, you just put it out there and then live with it!

Q. At one point the band went into a hiatus, because what reason?
I wasn’t really aware of it at the time but I think myself, and I’m sure the other guys, were pretty burnt out after making the last album. It was a wonderful but pretty intense and at times pretty challenging experience. By this point it had been full-on for 6 or so years. The one tour of the US we did in support of it felt like it was more of a grind than it should of been and at times we weren’t getting along as well as we should have been, which was alarming because we’d always had so much fun. It wasn’t even spoken about I don’t think, we all just naturally knew we weren’t carrying on, at least for a while. I ended up spending a lot of time in LA, Dan lives there now, I live in London now. I dunno, I just didn’t feel like making that kind of music either. It didn’t inspire me. I felt boxed in creatively I think. Why keep doing something for the sake of it, you know? It’s only music. It’s only in the last year I started messing about with it again, figuring out if there was anything I could do with it that would be worth doing. I guess it turned out there was! Just as it wasn’t a conscious ‘hiatus’, it wasn’t a planned ‘reformation’ or something. I never felt like the band was over or the need to attempt any grand gesture either way. I was just back in Nottingham and mentioned to Pete I had some new stuff and he just said “let’s do it”.

Q. How do you see the growing generation of shoegaze / dreampop bands around the world? Which bands would you indicate?
It surprises me how resilient the ‘shoegaze’ tag has been, it always struck me as a very self-defeating way to describe your music. I think a lot of bands get lumped with it a little unfairly too. I noticed a Twitter exchange that made me laugh recently, which in itself was a turn up for the books as usually when merely opening Twitter I have to resist a very powerful urge to perform an impromptu self-labotomy with the nearest kitchen appliance or garden tool and treat my right cerebral hemisphere to a well-earned recess, at last at peace in sweet, sweet oblivion. Anyway someone had tweeted at the band Autolux that they wouldn’t “consider them as Shoegaze. What a fucking stupid name for a genre, btw.” to which they replied “Thank you. The worst. Carla (the drummer) has never worn shoes while playing” which is actually true; a legitimate factual framing of the point. ‘Dreampop’ is probably preferable as it at least attempts to characterise the qualities and tone of the music in question, but of course is too vague descriptively to be useful. I would however name Misty Coast, Nightmare Air, Pinkshinyultrablast, Ringo Deathstarr and Ulrika Spacek as very excellent current shoegaze / dreampop bands! 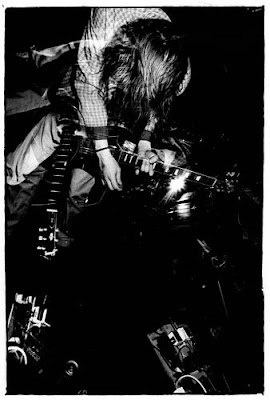 Q. You guys are back in action, how is the feeling?
The feeling is superb! I didn’t realise how much I missed it. I think because it came back about so organically it’s just really fun. Just having that space from it and approaching it again, a little older, slightly wiser and all that, I just feel like we know what to focus on and what’s good about it. I’m enjoying rehearsing so much, there’s a very joyous and magical atmosphere. I think these next shows are gonna be the best we’ve ever done.

Q. What does Amusement Parks on Fire plan for the future?
So we have the UK shows and new single both happening on November 17th, finishing up the tour in London on November 25th. The last album Road Eyes is being re-released on vinyl with basically an extra bonus-album at the end of the year too. We’re releasing a new EP in April and booking a full European tour coincide with it. I guess we’re looking at the new album at the end of next year and more shows to support it, the US and hopefully Japan and further afield. Maybe even Brazil…! That’s pretty much the plan as it stands!

Q. Any parting words
Thanks so much for listening!
*
*
*
Thanks