Our Garden with Girlfriends and Boyfriends - An Interview 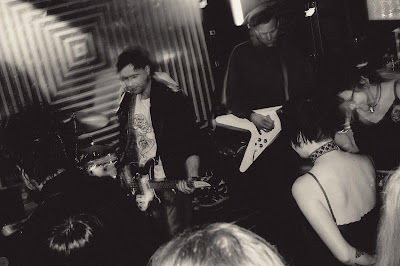 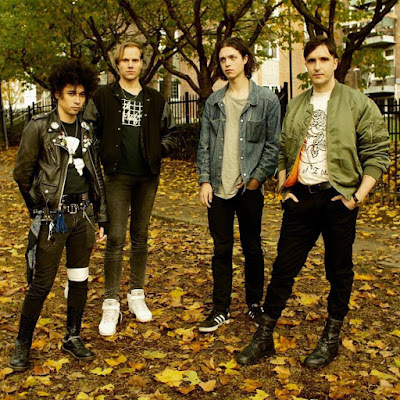 Q. When did Girlfriends and Boyfriends start? Tell us about the history... The band started in 2009. Grant (bass, vocals) met Pete (lead guitar) through an advertisement on Craigslist. We started out as a Britpop band, then after a few lineup and name changes, Girlfriends and Boyfriends was born. We released our first EP in 2010, a few singles between 2011 and 2012, then our first LP "Our Garden" in 2015. We've toured the US, and Canada a few times. We're working on a new record now! We hope to get to Europe, and South America some day!

Q: Who are your influences?
The Cure is a big one, Killing Joke, Simple Minds, Gary Numan, The Smiths, Kim Mitchell, Phil Collins, Peter Gabriel

Q. Make a list of 5 albuns of all time…
Haha! This is a hard question with no correct answer! Here's 6.

Q. How do you feel playing live?
(From Grant) Personally, I still get nervous. It is always a challenge to accept the little imperfections of a live performance, but those imperfections are also what makes the performance human, and beautiful. The audience can relate to the human element.

Q. How do you describe Girlfriends and Boyfriends sounds?
Chiming, synthy, jangly; a little dark, a little romantic, a little humorous. We are a New Wave band. We play music inspired by the sounds of the late 70's and 80's, especially sounds that were coming from across the Atlantic at that time. To us, English rock has always seemed smarter than American rock. More clever, a bit less self-indulgent.

Q: Tell us about the process of recording the songs ?
Writing usually involves jamming out a good riff, then I (Grant) usually take that riff and work out the arrangement and the parts, the lyrics and the vocal melody. Our newest record "Our Garden" was recorded and produced by Felix Fung at Little Red Sounds in Vancouver. Felix has produced most of the local bands we really dig in Vancouver, like Spectres, Mode Moderne, Chains of Love, and The Ballantynes,

Q. Which new bands do you recommend?
In Vancouver, keep an eye on Puritans, Spectres, and Leathers. TRAITRS in Toronto. Night Sins in Philadelphia. Brass Box in LA. Vacant Stares in Portland. "Red Reflection" by Underpass is one of the best post punk songs I've heard by a west coast band in a long time.

Q: Which band would you love to made a cover version of?
"Lovers in a Dangerous Time" by Bruce Cockburn is probably the best Canadian pop/rock song ever written. It's been covered by a few bands, but we would like to do it our way.

Q: What are your plans for the future?
We're working on a new album now!

Q: Any parting words?
Thanks to anyone who has listened to us and supported us! In the last few years we've shipped records out all over the world. It still blows me away that someone in Russia can discover some obscure Canadian band like us on the internet, and like our music enough to buy the vinyl and ship it half way around the globe.
*
*
*
Thanks