Closer with Hiki - An Interview 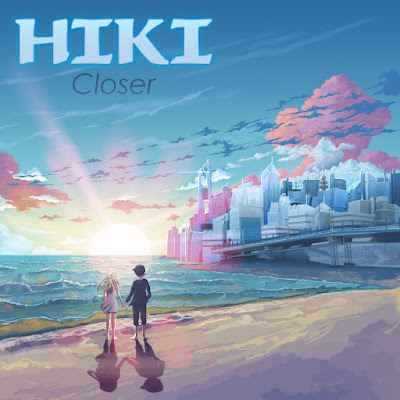 
Q. When did Hiki start? Tell us about the history...
Hiki began spontaneously on May 23, 2014. There was one song I wrote, 'Every day is the same' which didn't fit to any other projects of mine, so I decided to create a new one. At the beginning I did not know what will be the genre of this project, I just flew with inspiration and the first album 'Hiki' was done in just 4 days. Music was going slowly into shoegaze﻿ way afterwards, so I decided to keep it like that. Probably the last 2 or 3 albums are pure dreampop/shoegaze. I also tend to make music very atmospheric, but that can be applied to all my projects. Right now there are 6 albums in total. Even if each of them is 20-30 min long, I call them albums, not EPs. The project also started without any vocals, but on the 4th album I tried to add my own clean singing, which I managed to finally record after weeks of struggle. Vocals became a thing, and now the latest album 'Closer' has no instrumental tracks at all.

Q: Who are your influences?
In 2014 I was inspired by the band Adorn and their album 'Grace'. This resulted in the atmospheric background synth I composed, which can be heard in the beginning of 'Every day is the same' and on other songs (like a watermark of Hiki)﻿. The first album was also inspired a lot by my own life back then. Kinda sad and happy time at once. The next two albums were inspired again by my own life, but the one I had 5 years ago. I was reliving that time and couldn't let it go, which resulted in nostalgic sound. 'Saturday Calm' and 'Stargaze' were inspired by a couple of anime series (to be precise: 'Non non biyori' - this anime made a major impact on the music of Hiki, because I was like 'This! This kind of atmosphere I want to create in music') and also my bicycle summer rides. 'Closer' is actually an opener of a new chapter of my life, as I finally achieved inner peace.

Q. Make a list of 5 albums of all time…
﻿This list has nothing to do with Hiki, but still here it is:
1. Woods of Desolation - Torn Beyond Reason
2. Infinitas - Journey to Infinity
3. Svarti Loghin - Drifting Through the Void
4. Sadness - Somewhere Along Our Memory…
5. A Skylit Drive - Wires...and the Concept of Breathing

Q. How do you feel playing live?
﻿Unfortunately not my thing at all ^^ it's not easy to play even on camera at home, stage is panic for me.

Q: Tell us about the process of recording the songs ?
Usually I write everything on computer and then replacing some instruments with real ones (like guitar, bass and replacing the melodic synth with an actual vocal recording).﻿ Lyrics are always the hardest part, but I decided to keep them straight and simple - just wrote what I had in mind and what fits my vision for the song.


Q. Which new bands do you recommend?
﻿I rarely listen to new music, but I can recommend a few: thehappymask, Plastic girl in closet, Grave pool, Happiness in veins, The silent love.

Q: Which band would you love to made a cover version of?
I love to make covers, and I already did them. You can find a cover﻿ on The silent love, Happiness in veins (who also did 2 covers on Hiki!) and one special cover on OST from Non non biyori anime. That one was indeed a dream came true.

Q: What are your plans for the future?
﻿Probably I will be busy with other projects for now. For Hiki I can't promise anything, but I think I will come back at some point. Maybe sooner than I think myself.

Q: Any parting words?
Thank you for this interview ^^ I'm happy to answer these questions.﻿ All the best!
*
*
*
Thanks