Brightfellow with Astragal - An Interview 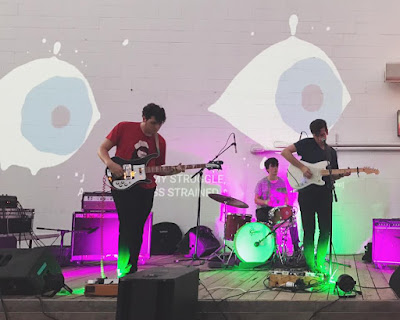 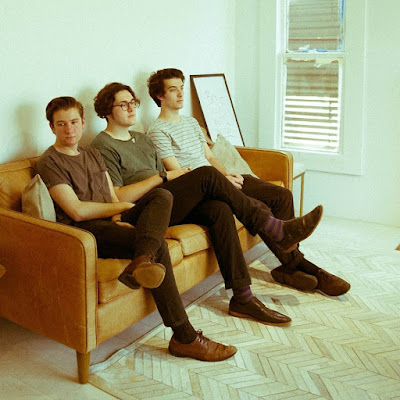 Q. When did Astragal start? Tell us about the history...
Q 1. Astragal began through a mix of Craigslist (internet hopelessness) and a conversation at a DIIV and Beach House show (an attempt at overcoming social anxiety) in Houston, Texas. The three of us met up to play music finally and we instantly clicked with one another over a shared love of Captured Tracks, reverb, and tacos.

Q: Who are your influences?
Q 2. Our sound is influenced by Sarah Records era indie pop, Jazz and Bossa Nova music, Psychedelic music, Shoegaze, a hefty amount of Sonic Youth and Airiel, a dash of soul and classical music, and the fuzzy beautiful indie pop of Slumberland records.

Q. How do you feel playing live?
Q4. When we play live we typically play our songs a bit faster and louder and with more energy. There are a lot of transitions and interludes in between songs to keep things a bit interesting and unique from what is on our recordings. If we ever mess up parts on stage we just look at each other and smile and keep going! A lot of dancing is also involved in our set. We try to have as much fun as possible!

Q. How do you describe Astragal sounds?
Q5. Astragal is supposed to sound like an Under The Sea themed prom band playing in Manchester, England.


Q: Tell us about the process of recording the songs ?
Q 6. Most of the songs on our latest release with Houston band, Donna Hayward, were written in a very short amount of time and at a strangely random pace. The song Crescent happened after going on a bike ride together. Miles was one of the first songs we wrote as a band and Brightfellow came together from bits and pieces of an old song that our guitarist wrote when he was younger. The recording process itself was such a blast. We did it all with our friend Jon Januhowski in Houston. It was the least amount of stress we have ever had with recording and it just felt like such an easy bond. We had a set schedule of listening to Gil Scot Herron on the way to the studio in the morning and getting Ramen afterwards in the afternoon.

Q. Which new bands do you recommend?
Q 7. El Lago, Ruiners, Rose Ette, and Alexalone are all great Texas bands!

Q: Which band would you love to made a cover version of?
Q 8. Half of our set would be 311 songs and the other half would be Cyndi Lauper, of course.

Q: What are your plans for the future?
Q 9. There are a few new songs we really are keen on releasing! We will probably do a small release on a cassette or on a 7". Hopefully our writing process builds up to an album that we can release sometime soon. But for right now we just want to play a lot of shows, pet a lot of dogs, and make a lot of new friends.

Q: Any parting words?
Q 10. Thank you so much for the interview! And go listen to The Suncharms sometime. They are the most underrated UK band of all time!
*
*
*
Thanks