Everything, Always with The Lakeside Drive - An Interview 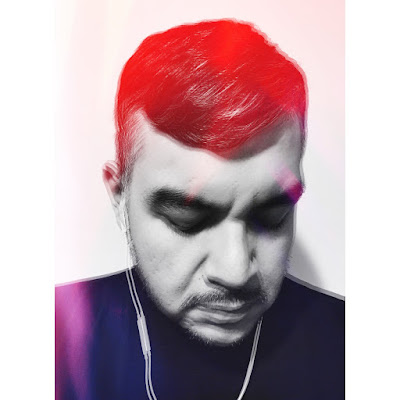 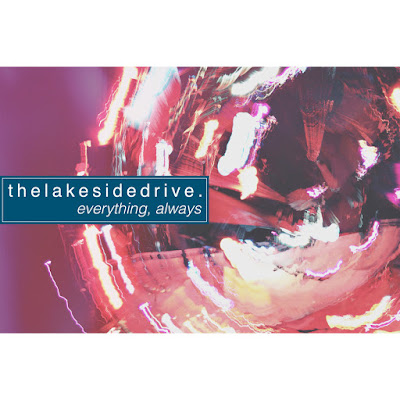 Q. When did The Lakeside Drive start? Tell us about the history...
I started making music when I was in high school around 1994 just shortly after learning how to play guitar. Thankfully, I knew musicians who were friends of my older sisters, and they really opened my eyes & ears to the shoegaze/dreampop/indie-rock sound (one of those friends was Jason Martin of Starflyer 59). It wasn't until towards the end of the 90's that I started writing music under the name, The Lakeside Drive, even while I was playing lead guitar in a power-pop band called Awkward during the early-mid 2000's. I ended up recording an EP titled, "...And While Passing Through of What Were Once Called Stars" onto a Tascam 4-track, and have one cassette of it . After Awkward disbanded, I played one show in Hollywood as The Lakeside Drive with two friends backing me. I stepped away from really writing music until a few years ago because I had the desire to re-record that first EP with a couple of new tracks all in my iPad, and posted the 5-song EP of same name onto SoundCloud. It rekindled my love of writing and recording music, and I didn't want to stop.

Q: Who are your influences?
Slowdive is my biggest musical influence of all-time. Before I listened to them, I was really influenced by bands like Starflyer 59, Smashing Pumpkins, and Hum. In 1995, I borrowed "Souvlaki" from a friend, and was absolutely blown away by what I was listening to because I had never heard anything like it before. I used to listen to music on cassettes especially at night, and had my tiny boom box next to my bed. By the time the opening chords of "Altogether" were playing, I was already determined to find out what they were doing because I wanted to make the same kind of music. That was my proper baptism into shoegaze & dreampop, and I didn't return the cassette to my friend until he asked me for it almost a year later. I also list My Bloody Valentine and the Jesus and Mary Chain some of my biggest influences.

*I must make an honorable mention to Stella Luna's one and only release, "Stargazer". It's one of the best 4-song EP's I've ever listened to. They should come back, wherever they are.

Q. How do you feel playing live?
I have to acknowledge playing in Awkward for my experience in performing live and recording in proper studios, I really enjoyed it. For the few years that we were around, we played all over Southern California, so that made me comfortable with being in front of people, and it was a lot of fun. I'm in my own world when I'm performing live. It's been years since I've done it, and wouldn't mind doing so again, but I would need to find other musicians to perform with me.

Q. How do you describe The Lakeside Drive sounds?
I would say that it's definitely what people would call shoegaze, and have been told that you can tell I'm really influenced by the genre - music that's drenched in reverb & fuzz, and I try to dial in the best tone for it. I think my strengths are music and melody, I've never really thought of myself as a strong lyricist.


Q: Tell us about the process of recording the songs ?
Everything on the record and in last years EP was all done on my iPad in my room. I'm used to being in a proper studio, and I since I didn't have the means at the time as well as a band, I thought I would mess with creating bass tracks using synths through GarageBand and looping drum tracks. I don't have proper mics nor an updated computer so my guitar and vocal tracks were all done using the mic on in iPad. After doing basic mixing and editing. I can easily say that it's a challenge putting everything together on your own. Some frustrating times there because no matter how lo-fi/DYI it is, and I'm my toughest critic. I always think that I could've done it better.

Q. Which new bands do you recommend?
There's so many great bands out there, and I love discovering them. I've been able to because of DecayFM and shows such as The Shoegaze Collective/When The Sun Hits. I'd have to say Twin Studies, A Thousand Hours, Indoor Voices, Fawns of Love, No Honeymoon, The Stargazer Lilies, Tennis System, Panda Riot, Castlebeat, The Morelings, She Sir, Ringo Deathstarr, New Politicians, Dead Horse One, Vet Trip...

I know a few of those aren't new, but those come to mind at this time. Like said, there's just so many great bands out there, new and old. Music is so religious, man. It could go on about it all day and who I recommend, but definitely listen to DecayFM

Q: Which band would you love to made a cover version of?
I'd have to say that I've always wanted cover U2's "New Year's Day" but done in my own way as well as Slowdive's "Morningrise". The first recording of The Lakeside Drive's EP has a cover of "Shine" on it. It would be fun to do that one again.

Q: What are your plans for the future?
I plan to continue recording music and putting it out there. Who knows where that will lead to, but I'm excited about it. Releasing this record, I never intended for many people to listen to it, and was doing it because I really wanted to. A couple of years ago, I had the pleasure of finally seeing Ringo Deathstarr live where I met and talked with Elliott Frazier for sometime. We actually had chatted before years ago on Facebook because he is a fan of Starflyer 59, but I'm quite sure he didn't remember me when I brought it up. I told him that I was starting to make music again and his words were, "you just gotta do it, man. Put it out there." Those words really resonated with me. Along with Elliott, I've really connected with Red Collier of A Thousand Hours. Red's done it all himself, and was the first I shared the record with. He really encouraged me to send it to those at DecayFM and was a big help in answering all my annoying questions.

Q: Any parting words?
Make it. Put it out there.

I'm absolutely excited about whatever opportunities can come with making music again, and even if it doesn't go far, I'll be happy that I fulfilled my longing for doing so.
*
*
*
Thanks