Wasted Time with The Last Passenger - An Interview 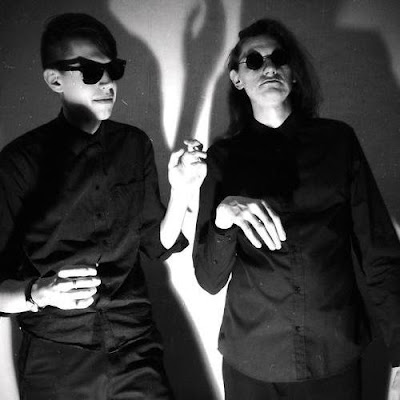 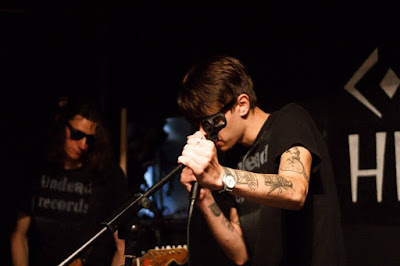 Q. When did The Last Passenger start? Tell us about the history...
It was 2011, we were just sitting in Pavel's flat listening to some iconic post-punk bands (as usual) and we decided that we have everything to create the same type of music, to work in the same genre. But raw post-punk was not enough, so we decided to put all our efforts in creation of coldwave, which sounds more atmospheric as from our's point of view and has this special "cold flow". So we gathered all the music instruments we had, and started improvising. Some of these improvisations are still left on paper as words and as music files. Maybe someday they will be revisted and something great will appear. We were new to music creation, so it took almost two years to create a sound which suits us. And first single was released Dec-31-2013.

Q: Who are your influences?
Some authentic bands, of course, which gave start to this kind of music, which are some sort of cornerstone for this music style. Definitely these are Bauhaus, The Cure, Joy Division, most of the 1st wave of gothic rock bands. And of course coldwave representatives -- Little Nemo, Coldreams, Clair Obscur. In general new wave music from the late 70's up to the end of 80's.

Q. Make a list of 5 albums of all time…
It's a hard choice :) But let's try.
Little Nemo "Past and Future" (1987),
Joy Division "Unknown Pleasures" (1979),
Pink Turns Blue "If Two Worlds Kiss" (1987),
The Cure "Pornography" (1982)
and instead of the fifth album there will be two releases which have the most influence on us, two singles -- Bauhaus "Bela Lugosi's Dead" (1979) which, as everyone knows, is a significant release which predetermined a sound of many bands and Coldreams "Morning rain / Eyes" (1986) single which is the best representation of the word "Coldwave" in the music form.

Q. How do you feel playing live?
In any case we are scared at first, of course :) But when everything starts, you forget all the fears and just share your thoughts and feelings through music with others. And in most cases we think that one or another live performance went not as it should, but then we understand that if no rotten tomatos were thrown in us, it's all just our fears.

Q. How do you describe The Last Passenger sounds?
It's hard to give general explanation and it varies from release to release. Maybe because of the different circumstances and people surrounded us in different time stamps. But we try to make the sound as much atmospheric as we can for it to envelop a listener. And of course we try to be close to this mentioned before special "cold flow".


Q: Tell us about the process of recording the songs ?
We've never used a professional studio (but we plan to), so all the songs were recorded in Pavel's flat. In a joke manner we've even decided to create a name for this improvised label and called it "Undead records". As for the equipment we use soviet or post-soviet custom handmade guitars, soviet made microphone and some digital studios to get everything together. In some cases we use additional equipment. For example for our "Mist" single we used a cheap soviet made reel-to-reel tape recorder to record vocals and to transfer them further to computer to use required effects for the finished track. It's always a great experience to use something new in creation.

Q. Which new bands do you recommend?
Oh, there are plenty of them. But as you can guess from our Top-5 albums list, even band from year 2000 will be a "new" one for us:) But we can try to make a list of relatively new bands which we like. Genres will differ a bit, but in any case let's start. So as a first one we'd mention Prayers, so called Cholo Goth pioneers, it's a really interesting individual sound and of course their videos are amazing. I remember watching "Gothic summer" music video for the first time and I was like "Wooaah! These guys are great!". Also we can suggest listening to BOAN, Chernikovskaya Hata, Ploho, Belgrado,
gil'otina and our friends from Kyiv -- Garden Krist and Sad S projects, amazing guys with a great sound.

Q: Which band would you love to made a cover version of?
In general we try to avoid making cover songs and focus on making own content instead. But it's obvious that we've tried to make cover versions of our favorite bands songs as all the other bands do. It's a good way to relax and have fun. In any case it's a good idea to have one or two cover songs for live performances and in this case our choise would be Bauhaus "Bela Lugosi's Dead" and The Cure "Forest". One time we've played Joy Division "Shadowplay" live and it was an interesting experience in improvisation. And, by the way, it would be a great idea to play a post-punk cover of some post-soviet pop song. In some cases it sounds really great.

Q: What are your plans for the future?
First and the most important -- not to stop on what we have at this moment. We've released a new EP (in addition to two singles and one album we have) this July and now we are working on the second album, trying to find and use new solutions for our sound improvement. And of course we hope that we'll have an opportunity to give concerts or to visit music festivals all around the world.

Q: Any parting words?
We want to thank you for your questions and our listeners for support we've never expected and also want to add that in case our music sattisfied at least one person on this planet, in case at least one person found our sound worth listening to for one or another reason -- we live our lives for a reason.
*
*
*
Thanks