Waves of the New with Las Robertas - An Interview 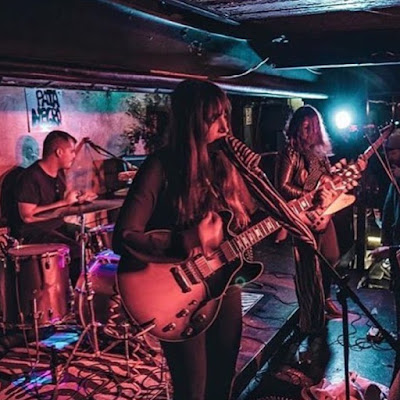 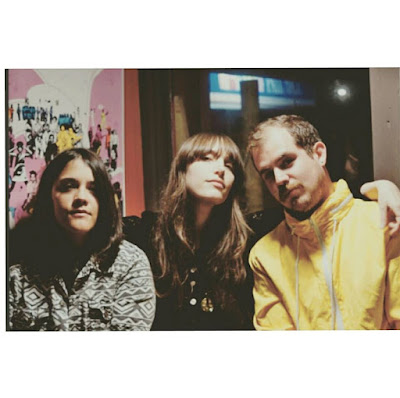 Q. When did Las Robertas start? Tell us about the history...
1- It all started in mid 2009, when I started to look for people to start the band with, recorded the first album "Cry Out Loud" in 2010, which made us sign with labels and from around 2011 we started touring outside Costa Rica. Right now we have 3 albums and just released "Waves of the New" almost one month ago!

Q: Who are your influences?
2- We all have different inputs and influences that make that final result, but personally I really like mid- late 60s music, shoegaze, indie pop, c86 and neo psychedelic bands.

Q. Make a list of 5 albuns of all time…
3- Ahh that's such a hard question! Haha, I love so many records but here are some of my top ones:
The Velvet Underground and Nico- The Velvet Underground
Psychocandy - The Jesus and Mary Chain
Revolver- The Beatles
Their Satanic Majesties' Second Request- The Brian Jonestown Massacre
Sound of Confusion- Spacemen 3

Q. How do you feel playing live?
4- When I play live, I just disconnect from what's going on and enter in my own little dimension with Sony and Fabro. It's one of my favorite things to do, just sumerge in a deep and intense wall of sound.


Q. How do you describe Las Robertas sounds?
5- I think our sound is catchy, fuzzed up yet ethereal. I like to create layers of harmonies with dreamy vocals and to think we sound like mermaids or something like that haha.

Q: Tell us about the process of recording the songs ?
6- Every record we've recorded in the past has had a different process, but something in common is that we grab an entire week for it and work from 10-12 hours a day. We get to the recording with all of the songs figured out, and with an overall idea of what we want to sound it like and arrangements.

Q. Which new bands do you recommend?
7- From Costa Rica, Dylan Thomas, a great new and young shoegazy band and then I really like, Holy Wave, Boogarins, Triptides, Mystic Braves, Beverly, The Babe Rainbow and so many others I can't remember! I listen to music 24/7!

Q: Which band would you love to made a cover version of?
8- For this tour we're covering BJM's Anemone and we always wanted to cover it, but next one will be Where Evil Grows from The Poppy Seed Family!

Q: What are your plans for the future?
9- More touring, recording new stuff and hopefully making some cool collabs with friends!

Q: Any parting words?
10- Right now we're touring around Europe and it's been the best tour we've had so far! Greetings from Prague :) and Pura Vida (the Costa Rican motto for peace and love)!
*
*
*
Thanks