Pictures with This Social Coil - An Interview 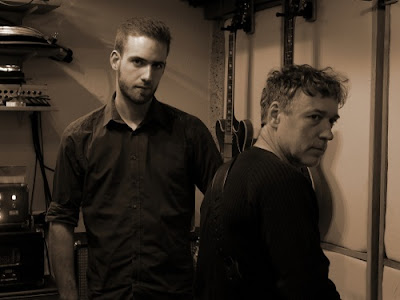 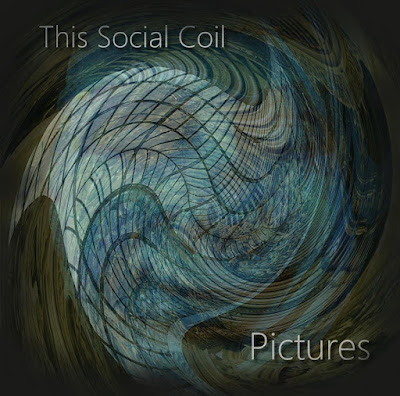 Q: When did This Social Coil start? Tell us about the history...
A: It was somewhere about 2011. I was developing a new guitar amp for playing live. During a test session the song "Shining Target" was born. Just for fun i published it in the internet and, unexpectedly, we got a lot of resonance. That was, when "This Social Coil" was born. Just making music, building up slowly, whithout pressure. The next step was to build up a studio, in which we could record anything at any given time, without any time-pressure. We mostly used analog methods back then.

Q: Who are your influences?
A: That surely goes way back, of course there are the typical preferences, like Progressive, Shoegaze, Post-Punk or modern Post-Rock. Everything (you listen to) has a certain influence on you, but your own style is what matters. To me, it was always important to make music independently to a specific genre. I wanted -and want- to write songs dealing with what is in my head. Our own style then resluts in the typical sound.

Q: Make a list of 5 albuns of all time?
A: Well, for me there is no definite top 5, there are just too many which play a role. And these also go way back. Just to mention a few well known ones:
Yes - Yessongs
Pink Floyd - Ummagumma
The Cure - Faith
And Also The Trees - Virus Meadow
Cocteau Twins - Treasure
Dredg - El Cielo
Pineapple Thief - Someone Here Is Missing
Mogwai - Young Team
This Will Destroy You - This Will Destroy You
I could go on like this forever - gladly, I want to add!

Q. How do you feel playing live?
A: Well, it has been some time now, but it definetly feels amazing.

Q. How do you describe This Social Coil sounds?
A: I think the listener could describe that better. The sound is mainly influenced by the stringed instruments. They produce broad PAD-sounds and lead melodies. Be it Base, baritone guitar or simply e-guitars tuned in E and C. They can define lead themes and create those broad PADs. It often happens, that a listener is convinced, that the broad pad sounds are synthesizers or even strings. It's the guitars which are only mildly distored to keep their base-sound. The sound is shaped by the tube amplifiers and their speakers.

We don't use Modeling- or DI-Boxes yet. Reverb and Delay are game-, style- und sound-defining. Concerning our Vocals, we like them clean and without too much fuzz, we want them to sound natural. Straight forward. The drums are massive and mostly do without any fills. Next to the playful, space-taking guitars, that would just be too much. In the end, depending on the song, this makes for a sound shifting between postrock, shoegaze and post-punk - at least, that's what many, who listen to our music, claim.

Q: Tell us about the process of recording the songs ?
A: We still use analog methods. Amps and effects are definetly part of shaping our sound, they are used like instruments. It's no canned-music which is made entirely at the PC. We are using a typical chain of tube amps, which are recorded with microfones in the studio. The drums are made of a remodeled drum kit with triggers. The songs are mostly recorded instrument by instrument, take by take. The recording grows until the song is completed in the end.

This is the point where we sometimes swap out takes and record some of them new. However, we always record the instrument, which is important for the song at that moment. There are no pure guitar, bass, drum or vocal sessions. And also no set order. It's the song that matters.

Q. Which new bands do you recommend?
A: That is a question much better suited for you i think, because, when you make a lot of music, you don't often get to listen to new songs or bands.

That is kind of sad, but also true. But there sure is one or the other band I could think of, although they are probably not that new anymore, like "Oh Hiroshima", "Flyying Colours", "Hubris", "Mumrunner","Chai Khat" and so on.  But as I said, I wish i had more time to explore new bands and listen to music overall.

Q: Which band would you love to made a cover version of?
A: I actually never thought about making a cover of anything. Right off the bat, I'd say maybe a hymn by the Smashing Pumpkins.

Q: What are your plans for the future?
A: Our plans are clearly shaped. The last album was written under some rough circumstances, which are solved by now, so the next few months should be more relaxed. The song "Black Car" is a first result - we let off some steam with our instruments after this long mix-and-mastering period - although it is supposed to be quite calm and has a message which is important to me. We already have new ideas we are working on right now. Time really flies and before you know it, it's 2018 and a new longlayer might stand ready to release. But we are also working on our studio, it is being refined at all times to ensure independency and high quality. Hardware, effects and instruments are also being worked on at all times.

Q: Any parting words?
A: If TSC is new to you and you are hearing the band's name for the first time, just google it and give it a listen. Due to us not advertising a lot, we really appreciate any support if you like the music. And don't download it on any of the numerous "illegal" download pages - our music is available in top quality at all common sources, for every (even nonexistent) wallet.

Also, thank you so much for this opportunity. I'm following your blog personally and was actually a bit surprised and almost thrilled when you reached out to us. Best wishes to all of you!
*
*
*
Thanks