Coming Up For Air with The Raft - An Interview 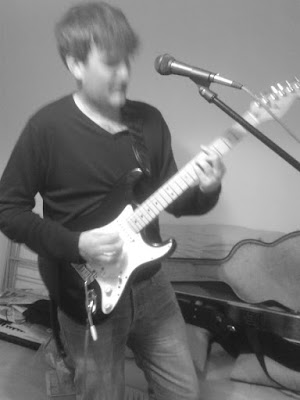 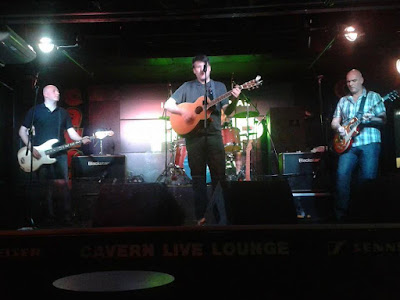 Q1. When did The Raft start? Tell us about the history...
I recorded my first album as The Raft in 2003 on a digital 8 track in my bedroom with a couple of friends. Later that year I met producer Marc Joy (Lights That Change, Wilson &Joy) and we started making music together. We went on to make seven or eight albums together and The Raft became an extended family of musicians and friends contributing whatever talents they had. Over the years we've worked with different drummers, singers and pretty much anybody who happened to be passing through the studio! The idea has always been for people to get on and off The Raft as they pleased.

Q2. Who are your influences?
Growing up I obviously listened to whatever my parents were playing around the house which was usually The Beatles, Simon And Garfunkel or Carole King so the melody and harmony of these artists, particularly The Beatles has always been with me. As I got older I fell in love with The Stone Roses and bands like Ride and a bit later on Shack. Sonically and guitar sound wise though I think the biggest influence on my music today has to be MBV, The Cocteau Twins and The Sundays.

Q3. Make a list of 5 albuns of all time…
The Stone Roses first album,
Sgt Pepper,
The 3 E.P.'s by The Beta Band,
Loveless
and probably Since I Left You by The Avalanches.....

Q4. How do you feel playing live?
I don't get out live much these days because at the moment I'm essentially a one man operation. When I do though it's always nerve-racking, always fun and occasionally shambolic!


Q5. How do you describe The Raft sounds?
I'm working on stuff with a new producer at the moment called Jose Pedro and during one of our talks about how it should sound I said it should be like The Cocteau Twins covering The Sundays with Beach Boys harmonies! Not sure how close we're getting to that but it sounded good in my head!

Q6. Tell us about the process of recording the songs ?
The stuff I've been working on recently is a bit of a departure for me because I'm collaborating with JP over the internet. In the past it's mainly been myself and Marc working face to face over the mixing desk. This time round I've been working on guitars, vocals and other bits and bobs at home then sending the tracks over to JP. He then adds his thing and does the recording studio wizardry and sends it back. We then discuss what else the track needs or doesn't need and we bat it around until it's finished. It's been a great way to do things so far and we're developing quite a creative partnership.

Q7. Which new bands do you recommend?
I've been listening to the new Jane Weaver album Modern Kosmology a lot recently and it's blowing me away! I also gave the new Com Truise record a spin this afternoon and that's sounding great. Lee Southall who used to be in The Coral has got a new record out at the moment too and it sounds wonderful.

Q8. Which band would you love to made a cover version of?
I'm terrible at cover versions! I can barely sing my own songs!...... If I was pushed I'd like to have a go at something off Loveless but how are you gonna do any of those songs any justice??

Q9. What are your plans for the future?
Myself and JP have got another E.P. nearly finished and plans for another one after that. I've also got some tracks knocking around that I recorded last year with vocalist Claire O'Neill that I hope will see the light of day soon...... Apart from that I'd like to get back in a studio soon with some sort of full band set up and make some noise!