Daydreaming with Lilac - An Interview 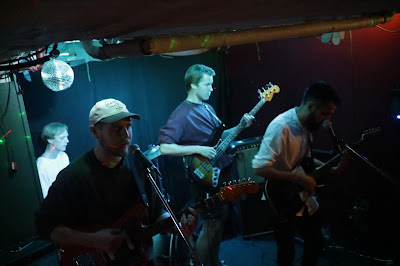 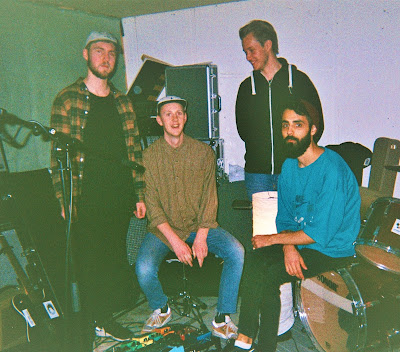 Q: When did Lilac start? Tell us about the history...
A: Initially, André, Simon and I (Erik) played together in another band which was approaching a hiatus, and we had been talking about really wanting to create a shoegaze band for a while too. For months and months it was all talk until the other band was definitively on hold, and then slowly we decided to go for it and find a drummer. We found Johan online fairly quickly who was a perfect fit, but after that we still needed a singer. We played Popsicle and the Twin Peaks theme with a couple of singers but it was never a great fit (great fit meaning someone who liked Slowdive), so after almost half a year I wanted a change and demoed some vocals myself on one of our songs instead, and the other guys thought “yea, alright” and I think collectively we thought “hey let’s give this a go”, and that meant the band and the roles were settled.

Q: Who are your influences?
A: We were set on making a classic 90s shoegaze band in the same vein as the big ones when we started but now I’m not even sure what it turned out being. Obviously those kinds of bands have been in the back of our heads but I think as with anything creative you soon find out when writing music how you’re more so influenced by thoughts, ideas, relations, moods etc than any specific bands.

Q: Make a list of 5 albums of all time…
Erik: The Beach Boys – The Smile Sessions
Johan: The Radio Dept. – Clinging to a Scheme
Simon: Sun Kil Moon - April
André: Pretend – Bones in the Soil, Rust in the Oil

Q: How do you feel playing live?
A: Exposed, a lil terrified and also really happy. It was barely a week ago we played live for the first time. It wasn’t a catastrophe so I feel like we’re all aching to go play and hang out again.

Q: Tell us about the process of recording the songs?
A: It was a scattered mess; we’ve DIY recorded bits and pieces all over Stockholm almost getting our friend evicted for playing too loud. Then it came together with the help of Christopher Göthberg who helped mix and master.

Q: Which new bands do you recommend?
A: The Sweden east coast scene impresses me a lot, recently we played our first show joined by the great Bossanova and Dim Vanilla, but we also need to mention Mystery Language, Prins Wilmer, Cat Princess, Steve Buscemi’s Dreamy Eyes, Delsbo Beach Club, Melby, Tangela and there’s many more. Outside of sthlm there are bands like I Love Your Lifestyle, Birthplace, Dog Days, Hater and Agent Blå making great music too.

Q: Which band would you love to made a cover version of?
A: As of now I really wanna cover Robyn and Wheatus.

Q: What are your plans for the future?
A: Release more music, play more shows, hopefully have a solid time during.