Sleepless with Stoned Seahorse - An Interview 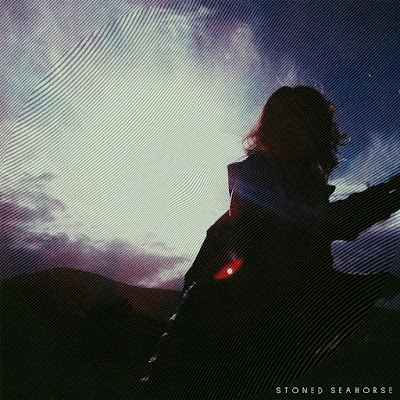 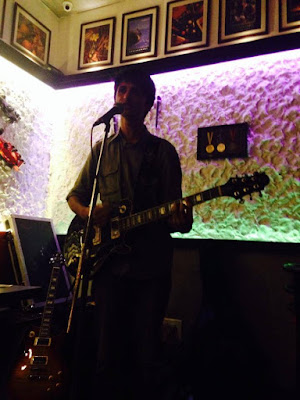 Q. When did Stoned Seahorse start? Tell us about the history...
It started in 2010- 2011. A friend of mine, Aakash Dusane and I, Shrawan Banerjee were two 15 year olds who liked to play music and wanted to play in a band. Unfortunately, we didn't know a lot of people who shared our interests and played instruments. It took a long time until Stoned Seahorse was actually a band. Once the band got together, we played 2 competition gigs before we all got busy with our own individual lives. Later, I moved to a different city for college and decided to continue the project by myself. I taught myself how to record and produce music, and that's how the EP's were made.

At the moment, Stoned Seahorse is in a bit of a transition phase where it going back to being a band rather than a solo project, which was the original intention of the whole project.

Q: Who are your influences?
I like and listen to a lot of different types of music, but I would say my main influences would be bands like My Bloody Valentine, Nirvana, Aphex Twin, The Beatles and Brian Eno. I'm sure that I'm forgetting many.

Q. Make a list of 5 albuns of all time…
In no particular order:
Revolver - The Beatles
Velvet Underground and Nico
Loveless - My Bloody Valentine
In Utero - Nirvana
Select Ambient Works/Druqks - Aphex Twin

Q. How do you feel playing live?
I actually have close to no experience live. It's something that's about to happen quite soon though, with the band getting together.

As of now, I'm not sure if I like live music more than records. I don't like the idea of playing in front of people. When I record alone at home, it's only for myself, for that moment. Even if nobody or barely anyone ever listens to it, its ok. But when you play in front of people, its not for yourself anymore, its to entertain people, which sucks because most people who go to gigs aren't even there to listen to music. They're there to get wasted or to make some sort of a shallow fashion statement. Again, I have close to no experience playing live, so maybe this opinion will change in the matter of months, and that's ok too!

Q. How do you describe Stoned Seahorse sounds?
It's full of emotion, quite noisy but can be very mellow and introspective as well. It's something that is constantly morphing. Stoned Seahorse is yet to settle on a sound so it's also very experimental. I don't want the music to be too accessible since I like to mess with people's heads, but I'm a real sucker for good melodies and pop songs. As of now, I'd like to say that these sounds resonate heavily with who I am.


Q: Tell us about the process of recording the songs ?
All of it was recorded was in my home with no budget. It's a completely 'DIY' project. I started about a year back when I had just gotten done with college and had a lot of free time and a lot to think about. It ended with something that I wasn't necessarily ecstatic about, but its seems like its good enough for me to get interviews.

My creative process seems pretty fixed now. It starts with me being angry or sad because I feel like I suck and I can't do anything. Then I start puking songs out. Then I record those songs and work on them until I hate them. Then I release the music. Then, I start all over again. It was the same this time. Anytime somebody compliments my music I say thank you, but what I'm really thinking is "What? Really? WHY?"

Q. Which new bands do you recommend?
The indie music scene in India is a gold mine waiting to be discovered. There's a lot happening here with new music coming up every other week. Check out Blushing Satellite, Stuck in November, and Shepherd.

Q: Which band would you love to made a cover version of?
I wouldn't like to work on covers. I would rather use that time to create new and original music that doesn't already exist. It's not that I feel like all covers suck, I just find it redundant. I have a lot that I want to express already, doesn't make sense to accommodate someone else's material.

Q: What are your plans for the future?
Start playing gigs, collaborate with more musicians, write more music, release more albums, repeat until I die.

Q: Any parting words?
It blows my mind that someone even wants to interview me, let alone that someone halfway across the globe heard my songs and liked them. It really brings a lot into perspective. All the music that I've made, I only did it for myself, but now that people are listening, I hope that I'm able to make a few minutes of someones life better with my music.
*
*
*
Thanks