Songs From Lust To Her with Neu Matter - An Interview 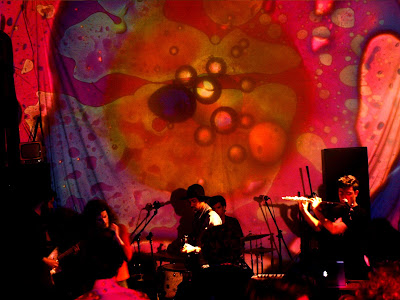 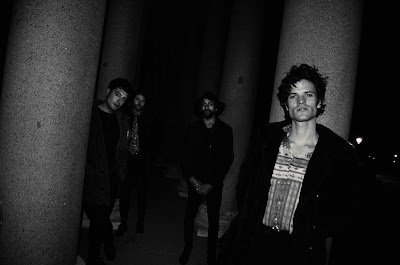 Q. When did Neu Matter start? Tell us about the history...
1- It was a beautiful October morning, between 9-10 am at Input Studios (Madrid), where the Spanish pychedelic shoegaze band Celica XX recorded their 2 albums, and the producer was hosting a little, well, you know, a little something, and in a sea of people, while the music of Spacemen 3 coming out in a not do decent volumen from the speakers in the background, driven by this sea as merry-go-round, I (Luis Karl Börje) fell into my beloved friend Ruben. I had tried a band before but it was´nt going anywhere, Ruben had came along once for a rehearsal and i fell instantly in love with his dark manners with the guitar. Inspired by the morning, the moment, and a bunch of other things I proposed to put our forces together. And so we did. A funny fact was that Aria(synth and flute) old friend of mine, was being driven around their too. With Jaeson, our bassist, for example, was alone in Madklyn (a bar in Madrid) and i could not but aproach this figure and ask from where the hell he came from.
Our drummer is called Dionisio, but we call him Dioni or Denis. I don't think this needs any further explanation. He is the substitute of our former drummer and beloved friend Miguel, who was in the band when we recorded Songs of Lust to Her.  Now his in a project called Octopussies, and brings to the city the most wonderfull and experimental bands from all over the world. They just organized a one-day festival called Mad Vibes, where we had the pleasure to debut last year with bands such as The Underground Youth or Chicos de Nazca.

Q: Who are your influences?
2- We get influences from everthing that can develop our concept of sound. We do kind of long repiting songs for a purpose. We try to bring different moves that together can get you to a state of mind. the warm, soft and delicate sounds from the 60's-70's that dances with you in a zig-zag or the intensity and the excess of the wall of sound from the 90's, a high-pressure drone with a tribal drum, trying to awake old memories of our ancestors. The crooners voice, that apart from guiding in their melodies, also try to guide you with a meaning.

Q. Make a list of 5 albuns of all time…
3- Constantly changing, but we could say right now:


Q. How do you feel playing live?
4- We take it as a rite. The constant repetition in a certain frequency, bring us to a certain common place, as far from our regular, as we said before, state of mind. The day-by-day makes the concious, driven by the choice of the weaknes of the superego, accumulates a high tense riot relation in between the conscious and the unconscious, in words of Jung and Blake,Whitman,Rimbaud, Celaya, Salinas, where our real truth resides, and this kind of acts helps this tense get smoother and more relaxed. You get in contact with the more natural part of the me. No matter how small the aproach is, the body always feels a little grateful.

We believe that this atmosphere reaches the audience to.

Q. How do you describe Neu Matter sounds?
5- I think the philosophy and its develop already has been settled, but, if not, the very next thing to do is to put our album on and let the speakers in a considerate volumen do the rest.

Q: Tell us about the process of recording the songs ?
6- We recorded the songs live to preserve its essence. We think that this is important in the type of music we do as it helps to maintain the feeling among all of us, which makes the result more organic and easier to get into the trance.
Then, Ricardo Escassi of Rock & Soul Studio, our producer, did the rest of the magic.

Q. Which new bands do you recommend?
7- They are not especially new but...
We love:
The atmosphere that create Tales Of Murder And Dust.
The dark drone of our Portuguese neighbors 10 000 Russos.
The experimentation of Marching Church.
The electronic Kraut of the Spanish band Güirro Meets Russia.

Q: Which band would you love to made a cover version of?
8- With our caribbean alter ego Neu Guagua, making a version of our song I Want To Touch You Inside, that would be like "Quiero Tocarte Dentro My Baby, Quiero tocarte Dentro Mi Amor" in a bachata sound. Is something that has been in our head for some time and we will do it sooner or later.

Q: What are your plans for the future?
9- We would like to play outside our city to reach more people and we want to start playing at festivals but that is probably for next year, even though we are open to proposals.

We are also preparing a video clip that will surely come out after summer and then we want to focus on recording the next album, since we have several new songs.

Q: Any parting words?
10- Thank you for the interest, and we hope you will enjoy the 'Songs'. It's been a pleasure to answer. Good luck!
*
*
*
Thanks