Ghost Without Saying with Culkin - An Interview 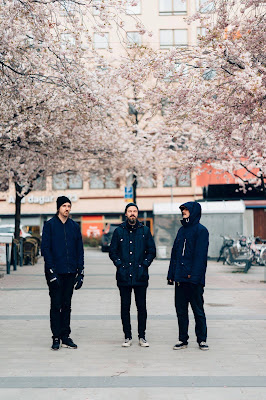 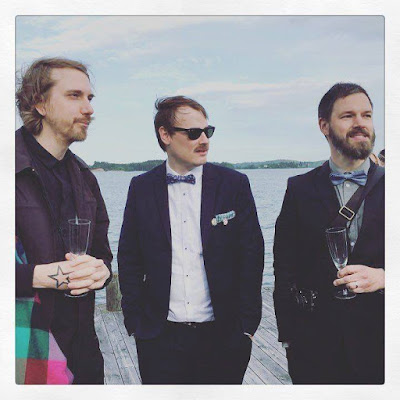 Q. When did Culkin start? Tell us about the history...
Jonas Eriksson Slove: We started in 2007 (10 year anniversary, yay!). Joel (bass) and Jonas (guitars/vocals) had been in several bands together since the late 90s, Jonas and Pontus (drums) had been in a couple of short lived projects, Mathias (guitars/vocals) and Joel had both been the bass player of the band KVLR, although not at the same time.

We started the band as an outlet for our love of late 80s / early 90s indie rock, which had been the soundtrack of our teens.

Q: Who are your influences?
JES: Well, everything you hear influences you in one way or another. For instance, if you hear something terrible, that influences you to try to make music that's as far away from that as possible. So it's always hard to answer this question. But I guess there are a number of bands that have made their way into our music in one way or another, mostly bands from the 80s/90s, such as Dinosaur Jr, Sonic Youth, Swervedriver, My Bloody Valentine, Big Black, Polvo, Chavez, Ride, Pixies, Slint, Pavement etc. Plus, of course, The Beatles and Peter Gabriel-era Genesis, and U.S. Maple, and... yeah, the list could go on.

Q. How do you feel playing live?
JES: We love it! We wish we could do it more often. Writing and recording is rewarding in itself, but when you perform the music live in front of an audience it becomes "real" in a totally different way.

Q. How do you describe Culkin sounds?
JES: Trying to describe music always involves the risk of becoming embarrassingly pretentious, so let's just say we sound like a band heavily influenced by the bands we mentioned earlier, with about 15% of our own, entirely unique flavor added to the mix. Something Bergman-esque, a darkly Swedish melancholy, with just a hint of ironic slapstick... (see, told you it would become pretentious ;))


Q: Tell us about the process of recording the songs ?
JES: We recorded this album ourselves over the course of several years, during which the band went through some changes (we were reduced from a quartet to a trio, among other things), and had several periods of inactivity. We were all involved with other bands, work, family etc., so we completed the album piece by piece until we felt like we were finished, and then our friend Mattias Lindberg at Voilum Productions offered to mix it for free (a true mensch, he is).

Since we've never had any delusions about ever being able to make a living from being in an underground band making unfashionable music, this kind of sporadic recording workflow works really well for us. That said, the next album will get made a hell of a lot quicker (we've already written about 85% of the material, and have recorded 2 songs already).

Mathias Rask-Andersen: I like the vaporwave thing where japanese DJs slow down Hall & Oates songs. That stuff is great!

Q: Which band would you love to made a cover version of?
Mathias: We made a covers EP with some of them. U can find it here: https://culkin.bandcamp.com/album/turducken-ep

Q: What are your plans for the future?
Joel: Record and release records faster, we need to keep up the recording and releasing pace with our songwriting pace. We're improving our recording workflow and the imminent goal is to release at least one more album in 2017.

Mathias: We plan to continue being a cool band! :)

I hope to get to touring more in the future.

Q: Any parting words?
Mathias: Thanks for the interest! We hope to see you in person somewhere down the line!
*
*
*
Thanks