Rite by The You and What Army Faction - An Interview 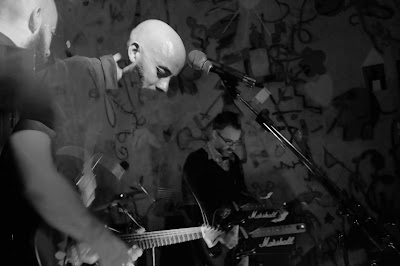 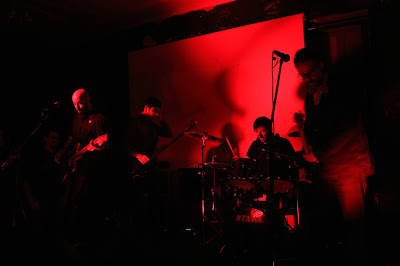 Q. When did The You And What Army Faction start? Tell us about the history...
A. The first traces of what now is The You and What Army Faction date back to the early 2000’s. However, the foundations were laid around 2006 with a band named Bored Witch, a post-punk 4-piece that involved 3 members of the current lineup of the Faction. This band was rather short lived but it managed to release an EP entitled “Weirdeyez Weird-Is” and give a couple of concerts.

In 2008 the Faction is first formed as a duo. As the years pass by old friends join the band and in 2012 the lineup reaches its current state with the addition of a second guitarist/vocalist who is also a member of the prolific, currently-on-hiatus, Mother Disobedience.

Q: Who are your influences?
A: We all have different influences that range from post-punk and nowave to reggae/dub and even black metal, but our common ground lies somewhere between the British Post-Punk era and the No Wave movement of New York. If namedropping is your thing, we could quote bands as Sonic Youth, Swans, Fugazi, Foetus, Einstürzende Neubauten, the Fall to be some of our influences.

Q. Make a list of 5 albums of all time…
A: We are not so good at making lists but for sure such a list will include something from Sonic Youth (with a long debate on whether it is Evol or Daydream Nation), Children of God from Swans (or is it White Light from the mouth of Infinity? not sure), anything by Royal Trux, Foetus' HOLE, Jesus Lizard's Down.

Q. How do you feel playing live?
A: Even though we don’t do concerts so often, playing live allows us to exorcise our inner demons and overcome our fears - which is mainly stage-fright haha! Actually, playing live is quite cool and it feels pretty nice too.

Q. How do you describe The You And What Army Faction sounds?
A: Probably dark, ugly, moody, with tons of feedback and a solid rhythmic backbone.


Q: Tell us about the process of recording the songs ?
A: Our approach to composition is a bit unconventional, very disconnected in fact. Initially there would be an idea that will be mailed to the rest of the band. Then we take turns in layering tracks and we often would record many of the instruments dry. When we feel that everything is in place we move on to the mixing and production process where a lot of experimentation takes place. In fact, many time we like to use the studio as an instrument.

Q. Which new bands do you recommend?
A: Priests from Washington DC are cool. From Greece you should definitely check out the debut fron Krause.

Q: Which band would you love to made a cover version of?
A: In principle we don’t like doing covers, even though we fooled around playing a cover or two at some concerts once or twice. The only cover song that we actually recorded was our version of an old stray rebetiko song called “Θε μου μεγαλοδύναμε” (God almighty) - it is more or a less a junkie’s “prayer”. Rebetiko can be vaguely described as the greek equivalent to blues. Strays were those songs of unknown composer/origin. The musicians of that particular genre were real badasses, most of them were drug addicts and many have been in prison for murder. For example, there was that guy called Nick Mathesis that killed his rival, went to jail for the crime and when he was released he went and literally took a shit on his victims grave. Badass. Our version is called Gawd Almighty.

Q: What are your plans for the future?
A: We usually don’t have an agenda, we really take our time doing things. Maybe a couple of concerts and at some point in the future start working on a new album.

Q: Any parting words?
A: We would like to thank Renato for having us here, it was a pleasure.
*
*
*
Thanks