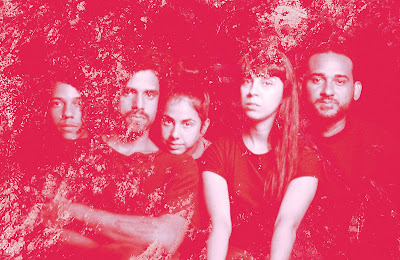 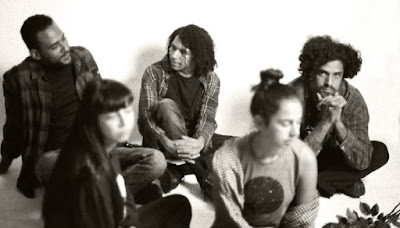 Q. When did Vestidos start? Tell us about the history...
Vestidos started in 2012 at juan's bedroom. It Was just ideas and some friends. We had some line up changes with musicians from differents scenes... one thing you have to know is that as a Dominican band, you don't have too many options. We do not have a shoegaze scene. So, our first bass player Bori mo used to play in this metal band with our first drummer Maximo. Then our beloved maria Fernanda and adam get in the band by 2013, and that was the start of vestidos. We tried with differents line ups and by 2016 we ended the band as you know it.

Q: Who are your influences?
Everything that feeds our senses, music, films, nature, conversations, buildings, stuff that makes/create sounds, books, imagination, etc

Q. Make a list of 5 álbumes of all time…
In no particular order and might change when I finish typing this and 8 because its hard to just pick 5
Spiritualized - let it come down
Mogwai - come and die young
Sonic youth - sonic nurse
Starflyer 59 - americana
My bloody valentine - loveless
Los planetas - súper 8
Silvania - miel nube hiel
Spacemen 3 - playing with fire

Q. How do you feel playing live?
Strange because everyone is staring at you, but at the same time you feel the energy/vibes in the room and then you get that overwhelming joy feeling.


Q. How do you describe Vestidos sounds?
Mmmm... as a shoegaze band we wanted to sound like mbv! But its kind of hard to do! Hahaha! So by the time adam get in in vestidos, that defined our sound! He makes effects pedals, and he brought all this craziness to the band. He's the Guy that make posible our sound. We aré really into not to make that much on Studio because we want our sound live as we sound on studio! The only thing that is important to say is that we wanted to do Was and still is to make the music that we love but in spanish!

Q: Tell us about the process of recording the songs ?
It Was hard time for us, we recorded the ep back in 2013 and we lost the data! So we had to re-récord it again Back in 2015! By the time we were recording again it Was quite easy, because we recorded it with our friend Carlos Yael and he Was very open on what we wanted as a band in terms of sound. He wasnt one of those "it doesnt make sense kind of Guys you find when recording".

Q. Which new bands do you recommend?
Really digging lorelle meets the obsolete from mexico, adelaida from chile, linda guilala from Spain and ALINA from the dominican republic.

Q: Which band would you love to made a cover version of?
Right now we are working on a cover by julio iglesias (spanish pop singer) and its been quite fun for us!

Q: What are your plans for the future?
We just want to keep having fun as a band!