Pale with Binge - An Interview 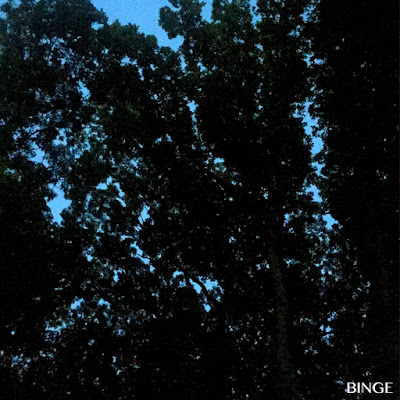 Q. When did Binge start? Tell us about the history...
Binge started in September of 2016, a couple weeks after I moved to attend school in upstate New York. I honestly think i had the name of the project before any songs were written. Most of the songs for the EP were written within a day or so, just took me awhile to write lyrics and track multiple guitars. Besides that, it's just a solo project of mine that I put all my shoegaze songs into.

Q: Who are your influences?
Slowdive, My Bloody Valentine, Elliott Smith, Tim Buckley, Deerhunter, Animal Collective. Also a bunch of '80s artists like The Smiths, The Cure, Lowlife, Echo and the Bunnymen, New Order, etc.. I do enjoy a bunch of jazz too, especially Chet Baker.

Q. Make a list of 5 albuns of all time…
Oh this is a tough one, in no particular order:
1. The Smiths- Meat is Murder
2. Beach Boys- Pet Sounds
3. Animal Collective- Feels
4. Tim Buckley- Goodbye and Hello
5. Aphex Twin- Richard D. James Album

Q. How do you feel playing live?
I haven't done any of the Binge material live yet, but I do play live with another band I'm in called Demonman. I do really enjoy playing live, and hopefully I can get a couple shows for this project.

Q. How do you describe Binge sounds?
Binge sounds like a conglomerate of music I enjoy. At times it can be quite washed out and drowned in reverb, and others its somewhat straight forward. The guitar sounds were most important to me going into recording. I wanted the guitars to sound a bit fuzzy, but not too overdriven. I think I captured what I was going for in the end, songs sounding sort of like early MBV and nothing too gazed out.

Q: Tell us about the process of recording the songs ?
All the songs were written in my dorm room at school and recoded on Logic. I could only do guitar tracks recorded directly into the software, I was without an amp while at school. All the vocal, bass and guitar tracking were done at my home in New York. It was somewhat strange to breakup the times of recording. I went a couple weeks in-between overdubbing, which is why the EP took so long to finish. I just did the final vocal overdubs the other day, pretty much the only thing that was taking so long.

Q. Which new bands do you recommend?
Daphodil came out with a really nice EP a couple months ago, I highly recommend. Fishbach is another band I'm quite into as of late, they put out an LP I think in January. Alex G is always a good listen, he just put out a new album. Porches are really cool too, they have an album that's a little over a year old that I recommend.

Q: Which band would you love to made a cover version of?
Maybe something by Elliott Smith off of "Roman Candle", all those songs are amazing. Also maybe a Tim Buckley track, something like "I Never Asked to Be Your Mountain" or "Happy Time." I also like to sit on my couch and sing some Deerhunter tracks, so maybe something by them.

Q: What are your plans for the future?
I'd like to do a full LP for this project within the year. I've got three other projects that I'm invested in at the moment too, so finding time could be an issue. But generally speaking, play some more shows, record more music and maybe do a tour soon.

Q: Any parting words?
Yeah, thank you for the interest in the music. It's always nice to hear some kind words about something you put a lot of time into and I really appreciate it. To anyone who listens to the EP: I hope you enjoy!
*
*
*
Thanks