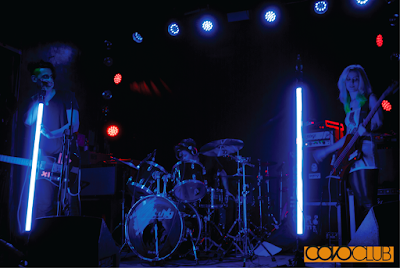 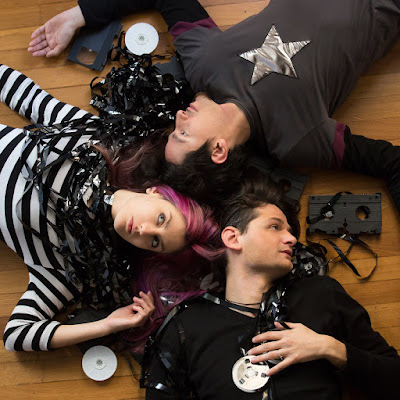 Q. When did Dade City Days start? Tell us about the history...
We started in 2013, almost by chance. We already knew one another and sometimes we talked about starting a new band together. It actually took a while as some of us already played in other projects but the cool thing is that once we started we turned out to be amazingly in sync with one another and since then we never stopped.

Q: Who are your influences?
Well, we really have a lot of influences, we share a common ground but each one of us listens to quite different things. Gea is the pop side of the band, listening to a lot of indie rock and keeping up with all the new releases; Andy belongs to the MTV Generation and is more attached to ’90’s dance music and all its wakes, while Michele is more into the ’80’s and still listens to a lot of bands of that period. We consider it a positive aspect, as it lets us combine all these different shades into what our sound is.

Q. Make a list of 5 albums of all time…
King Crimson - In the Court of the Crimson King
David Bowie - The Rise and Fall of Ziggy Stardust and the Spiders from Mars
The Jesus and Mary Chain - Darklands
Nine Inch Nails - The Downward Spiral
Pulp - Different Class

Q. How do you feel playing live?
We’ve had almost 50 gigs in the last year and we can say we really love playing live.

The funny thing is that we usually look quite listless before the show, but as soon as we set foot on the stage we have a kind of total transformation. We get really lively and totally involved in what we’re doing, and that’s what people see, and they feel it and love it.


Q. How do you describe Dade City Days sounds?
As we said before our sound is a mixture of our different backgrounds. If we had to define the predominant features of our first album, VHS, maybe we’d say the shoegaze mood and the new wave structure, even if there’s more than this.

We’ve used a lot of reverberation, especially on guitars and vocals, as we wanted to convey this sensation of stupor, like the one that you have when you’re half-asleep and kinda unable to tell dreams from reality. We liked the idea of videotapes as a sort of comforting collection of faded, old memories that you already know by heart, as distant things always look better. That’s why we chose that title too.

Q: Tell us about the process of recording the songs?
The majority of our songs originated in Andy’s bedroom. He usually creates a first draft, then we gather and work on it in the rehersal room, arranging and altering it until we’re all fully convinced. Lyrics are usually the last thing to appear, as well as the more repeatedly revised.

Q. Which new bands do you recommend?
There’s a lot of good stuff around, we’re thinking of bands like Beach House, La Femme, Cigarettes After Sex or performers like Angel Olsen and Perfume Genius, to name but a few. They all have that something extra to stand out.

Q: Which band would you love to made a cover version of?
We’d love to feel entitled to perform a Bowie song, one day. For now we kinda feel it’s still too early.

Q: What are your plans for the future?
We’re working on new songs, we’re really excited about them and we hope to be able to play some live soon!