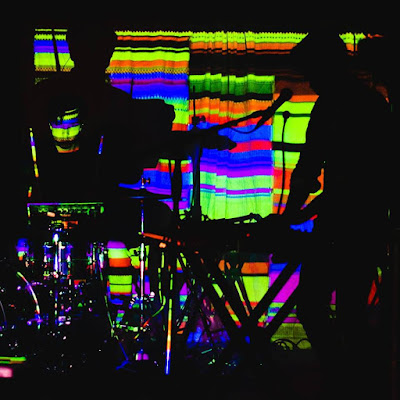 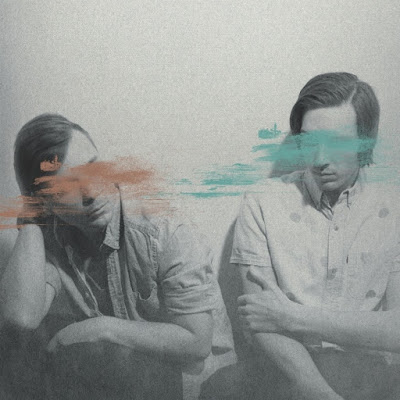 Q. When did Bliss Nova start? Tell us about the history...
We were both in a band together (we’re brothers) for several years, but it went on hiatus in 2014. We wanted to continue doing music somehow, so Joel suggested I write some songs to see what we might do. We were both pleasantly surprised by the cohesiveness of the few demos and by January 2015 we had enough songs for an EP and a band name we both liked the sound of. Once we put out the first single, people were into it, so we just kept going with it.

Q: Who are your influences?
We like a lot of similar artists, but we also have our own personal influences.

Daniel: I like Cocteau Twins, Stars, Sigur Ros, Brian Eno, and Sufjan Stevens, among others.

Joel: I consider everything I regularly consume to be an influence in some way and there’s a lot to list, but my big influences are: The Beatles, LCD Soundsystem, Tame Impala, Toro y Moi, MuteMath, Spoon, Radiohead, 90s hip hop (too many to list).

Q. Make a list of 5 albums of all time…
Daniel: I’ll just choose 5 great ones because “of all time” is too much pressure! No particular order.

Brian Eno - Ambient 1: Music for Airports (I’ve listened to this too many times to count. Actually is perfect for airports.)

Stars of the Lid - And Their Refinement of the Decline (Like Melatonin. My go-to mood album.)

Sufjan Stevens - Age of Adz (To me, he’s at his best when weird and electronic.)

Cocteau Twins - Heaven or Las Vegas (Their whole discography is sublime, but this one’s the right blend of smooth and pop.)

Joel: First time I’ve done a top 5 and it was difficult. This could easily change to a completely different set of 5 for me on any given day. I also wanna say that Spoon’s ‘Gimme Fiction’ was a runner up.

The Beatles - White Album (Being such a big fan it’s hard to pick a fav Beatles record, but I still go back to this one regularly.)

LCD Soundsystem - self-titled (This debut record blew my mind when I heard it and it put this band on the map forever, glad that they’re back at it.)

Radiohead - OK Computer (ask me on a different week and it’ll be a different Radiohead record, hard to choose because they’re one of the most innovative bands of our time)

Nirvana - Nevermind (This album is why I kept playing drums when I was first learning, it’ll always be one of the best ever.)

Toro y Moi - Anything in Return (Listened to this more than any other record for the last 4 years and it’s still fresh. It gave me a lot of inspiration when starting Bliss Nova and continues to be as we write new songs.)

Q. How do you feel playing live?
Daniel: I love writing, demoing, and recording, but getting to pull together gear and translate the songs into something people can feel in real time is like nothing else. There’s more raw energy and dynamics in a live show.

Joel: I love the energy of it and thrive on it. When working on new songs, most of my thoughts are dedicated to figuring out how it will translate into a live environment. For me, it’s the most challenging and rewarding part of being in a band. Once we prep for a show and get through all the stressful parts that go along with it, the performance is where I can let loose and enjoy myself.


Q. How do you describe Bliss Nova sounds?
There are lots of chill, washy synths and melodic vocals alongside real drums and sometimes real bass and guitar. It’s nice enough to vibe to, but the songs have substance, as well.

Q: Tell us about the process of recording the songs?
It starts with a pretty complete demo I email to Joel. He’ll make suggestions, and once we’re happy with it we take it into the studio. Real drums and percussion are tracked, vocals are redone, and a lot of the instrumental tracks are routed through cool pedals and effects. Then we do a couple of mixes until we get it right.

Q. Which new bands do you recommend?
Daniel: I don’t listen to lots of new stuff, but I recently came across Buscabulla and instantly loved her.

Joel: I discovered Beacon not long ago and think they’re making some of the freshest sounding music out there. Also, really digging this band called Sports from Oklahoma.

Q: Which band would you love to make a cover version of?
Daniel: We did a Groove Theory cover once for fun (“Tell Me”), but if we did another one, it’d be cool to something weird like The Carpenters or something.

Joel: I’m still dying to do Mark Morrison’s “Return of the Mack.”

Q: What are your plans for the future?
We have a ton of fresh new demos we’re really excited about. We’re talking to some producers we think could really make the songs shine. The hope is to put out some tracks as soon we’re able to record. Definitely a lot in the works!

Q: Any parting words?
Follow what you’re passionate about, no matter what. It won’t be easy, but it’ll be the most fulfilling.
*
*
*
Thanks