Daybreak with Divisionists - An Interview 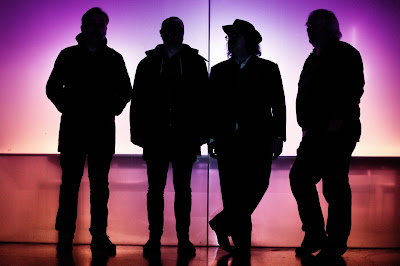 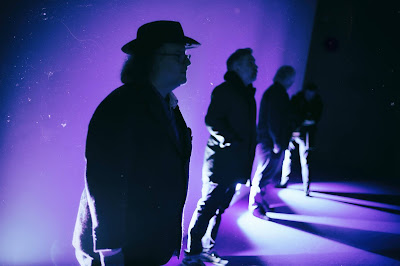 Q. When did Divisionists start? Tell us about the history...
After releasing Camden Diary, my first solo album in January 2008, I wanted to work with a band again. I'd met Rob when I'd first moved to London. We'd become friends, and worked together previously in a few different contexts. Mike and I were working together at our day jobs, and had been swapping music recommendations back and forth. Along with original guitarist Niall King, we started jamming together and working some songs out. Mark joined as we were recording the first EP, when Niall decided to move on.

Q: Who are your influences?
We all have different influences, which is part of what makes it interesting for us! Obvious shared reference points would be the Who, Velvet Underground, Niel Young, and the Beatles, but there's also a lot we disagree on! But I think that's part of what makes it work. We're not trying to convince each other to like all the same music each of us do. Rather, we each bring what we bring, and we work on the songs together, to try to make the whole greater than the sum of its parts.

Q. How do you feel playing live?
Playing live with Divisionists is an amazing feeling. It's worth noting that at the core of every song on Daybreak, what you're hearing is the band playing together live in the studio. It's a studio album, so there's obviously overdubs, but everything is built around that core. When we play live, there's fewer layers, of course, but we do slightly different arrangements, so it all works out.

Conceptually, we kind of aspire to be like the Who, in that the studio albums and the live shows were the same band, but very different.


Q. How do you describe Divisionists sounds?
Downbeat electrical soul noise. At least that's how we describe 'Daybreak'.

Q: Tell us about the process of recording the songs ?
We went in for two days to Perry Vale Studios in South London, where Pat Collier helped us record basic tracks. Overdubs and mixing then was mostly done at my home studio, although bits of it were done at Mike's place.

Q. Which new bands do you recommend?
I really like the Trimdon Grange Explosion album, and the new Thought Forms is also really good. Ghost Box Orchestra, Magic Shoppe, Golden Spike, and The Neon Violets are all worth checking out as well, and I really dig the new Black Angels release.

Q: Which band would you love to made a cover version of?
Well, there's a cover of a Velvet Underground song on 'Daybreak'!

Q: What are your plans for the future?
We may be releasing another song later this year on a split 7" with another band. We'll see! Otherwise, we'll be playing some shows around the UK.