Alcoholics (The Last Drop) with Telyscopes - An Interview 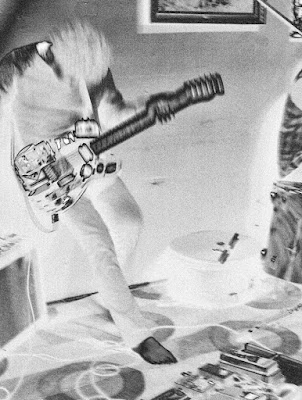 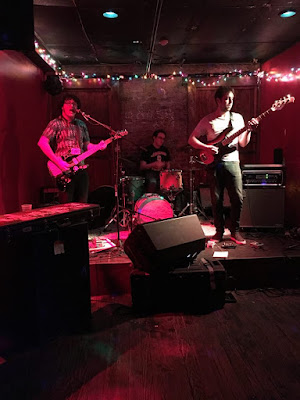 Q. When did Telyscopes start? Tell us about the history...
I released a bunch of GarageBand demos under the name Telyscopes in 2012, when I was 17. Some of my friends at the time told me it was a stupid name, so I released my next two albums as jack hubbell before switching back to telyscopes around the "banarang blood" album.

Q: Who are your influences?
Hard question to answer without writing a novel. I was raised on punk but I got into a lot of 60s stuff in middle school. You know like the zombies, vanilla fudge, Jefferson airplane, I was absolutely obsessed with the music from that area for several years. Now that stuff is trendy again with tame impala and all the bedroom pop coming out, but i'd probably be making the same music even if it wasn't.

Rubber Soul,
We are the 21st century ambassadors of peace and magic by Foxygen,
Surrealistic pillow by Jefferson airplane,
Murmur by REM,
And David Bowie's Aladdin Sane

Q. How do you feel playing live?
Depends on how prepared I am, and also how drunk I get lol.

Q. How do you describe Telyscopes sounds?
Jimmy eat world on LSD


Q: Tell us about the process of recording the songs ?
Well I record bands for a living now, so there's a studio setup in my living room. Before that it was just a room in my parents basement. I've never been to a "professional" studio or anything for telyscopes. Recording is always the easiest part of the process too, remembering the songs after they're recorded is the hard part lol.

Q. Which new bands do you recommend?
Idk echo lad is pretty cool, my dude Scott is releasing his debut ep under the name sundog! sometime soon. Shady Monk is my roommate, I hear his stuff through the walls every day, it's rad.

Q: Which band would you love to made a cover version of?
I'm doing a cover of the turtles "happy together" right now. I wanna start recording more covers, they're fun. I'd like to do something unexpected, like a nirvana song.

Q: What are your plans for the future?
Well I've been pretty lucky, I recently found work teaching guitar and recording. I guess I'll just keep doing what I'm doing now. I'm only 22, I have some time before I have to stress about health care or social security.