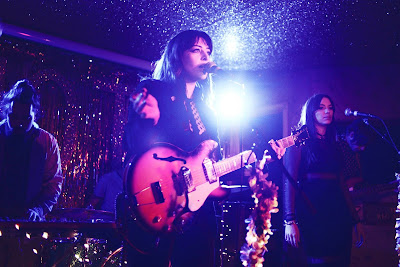 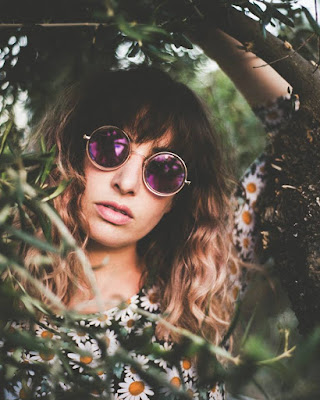 Q. When did Cosmic Strip start? Tell us about the history...
Cosmic Strip began as a project a few years ago. Camella started writing by herself then slowly gathered friends, artists and musicians to work with her on her music. It's a continuous revolving door of people coming in and out of her cosmic life to collaborate on her music.

Q: Who are your influences?
Our influences started mainly in 60s and 70s psychedelia meshed with 90s grunge. This still remains at the root of the music but we're also constantly being influenced by friends and artists who are creating new music and new genres for us to listen to.

Q. Make a list of 5 albums of all time…
That's a tough one! I think rather than looking at albums let's look at artists. Up there we have legends like Elliott Smith, David Bowie, Lana Del Rey, Anton Newcombe and Serge Gainsbourg.

Q. How do you feel playing live?
Playing live is one of our favourite things to do. We put a lot of hard work into shows visually and sonically as we want to transport guests into another dimension.

Q. How do you describe Cosmic Strip sounds?
Our sound is both nostalgic in 60s, 70s and 90s influences but also dreamy, spacey and psychedelic in a more modern way and the equipment we use to make our sounds.


Q: Tell us about the process of recording the songs ?
We record songs often together as we like to experiment with sounds and develop our style as much as possible. Camella writes all the songs but then we work together to finalise every parts so it sounds like the best version the song can possibly be.

Q. Which new bands do you recommend?
There are so many new bands out there at the moment constantly inspiring us to do more. On one hand you have the gorgeous Swimming Girls from Bristol who perfect the 80s grunge pop genre, or SWEAT from South London who are absolutely incredible live. You should also watch out for TVAM from Manchester and finally Carmen Rosa has the most beautiful sound.

Q: Which band would you love to made a cover version of?
We are huge fans of the Cardigans and have played covers before live. This summer we were going to play Cornershop too. I think if we were going to make an official cover we would look at doing something a little more interesting to give it its own cosmic twist so it didn't feel necessarily like we were doing karaoke... maybe something like Air or Jagwar Ma?

Q: What are your plans for the future?
We have just finished our tour and festival season so we're back to the writing desk. We'll be releasing a new single in November and going back on tour again before the end of the year.

Q: Any parting words?
"I'm floating in a most peculiar way and the stars look very different today"
*
*
*
Thanks