No Funeral with Knifeplay - An Interview 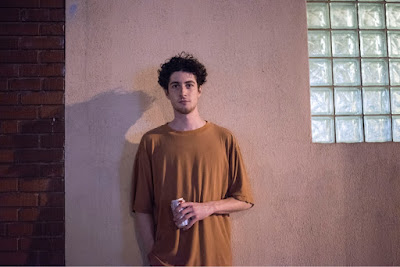 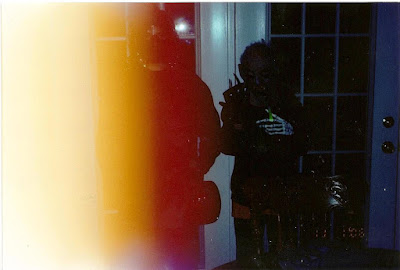 Q. When did Knifeplay start? Tell us about the history...

It’s hard to determine when the project “started”, I started recording on my own on and off around 2012, making terrible songs and some things that could hardly be called music at all. But what you see on this release was mostly written in late 2015-early 2016.

At that time I had already been living in Philadelphia for a few years and was (still am, somewhat) surrounded by some of the most talented musicians and songwriters that I believe our generation has today and their encouragement has helped me getting started beyond what they will ever know. With that, and the fact of feeling generally miserable, lost, and frustrated with my life, it seemed like a natural thing that I began to seriously write and record on my own, for sort of pragmatic health reasons. no funeral is essentially the best of that experimental period which, frankly, amassed more B-Sides than A-sides.

I didn’t consider bringing the project to the form of an active band until I felt like I had a grip on what I was trying to, and the right people who I could be comfortable working with, and who would be inspired by what I was doing. That came in fall of 2016 when I moved into a house with my friends, now bandmates (Pat McBride-leadguitar, Alex Stackhouse-bass, Alex Ha-drums, Chris Narcross-other stuff) all of whom are now involved creative/recording process to varying degrees. I’ve been wanting to release music for awhile but I couldn’t think of a name.

Q: Who are your influences?
This is a tough question for me. I was listening to a lot Dystopia and Eyehategod right before I started doing this stuff… Obviously I’m inspired by bands like My Bloody Valentine or Sonic Youth but I think the inherently experimental (amateur) nature of the writing/recording process bred a lot of originality in trying and failing to emulate other artists. Through that process, I think I’ve also been able to develop my sound in a more concise and interesting way which will be reflected as I release more music.

But above anything, the love and support of my peers, mentors, and their art has been the biggest influence on me by far. The culture of “lofi” music (not a genre but whatever) and Bandcamp has helped making music feel accessible to me as it has many artists. I see this as a huge step for music despite the saturation its caused. Taste Wise, I pretty much like everything as long as it’s good.

Q. Make a list of 5 albums of all time…
Too many great records to choose from. I’ll give you 10.


Q. How do you feel playing live?
As I’m writing this, Knifeplay has yet to play live, but we have a few shows scheduled. In past projects I’ve typically felt pretty anxious playing live, which is why I wanted to work with the band extensively before playing shows so it would feel more natural when we did play. I am excited to share our music and develop the live performance as an extension of the project, I mean, be creative there as well rather than playing exactly what you hear on the album.


Q. How do you describe Knifeplay sounds?
Feeling like everyone is out to get you. Walking past the house of a former lover. Listening to someone vacuum from down the hall. Driving a manual transmission car really fast through a tunnel. The nervous romantic excitement of getting comfortable with a new partner. Pissing into an electrical socket. Walking home alone at 6 am after doing things you shouldn’t have.


Q: Tell us about the process of recording the songs?
I usually start with the vocal melody which comes simultaneously with a line or phrase I want to use for a song, which I usually think of randomly when I’m out or trying to fall asleep or whatever. Then the chord progression and whatever basically writes itself. Or vice versa, I think of a chord progression I like and sing a melody of gibberish then insert some words I’ve already written. Once I have the skeleton of the song down I sort of feel out the texture of it and dynamics and stuff. Lately I’ve been integrating my bandmates into the recording process a bit more which is going really well. I suppose I don’t have a set process but I think the majority of time the melodic element guides the direction of the songs.

Q: Which band would you love to make a cover version of?
For a full set on Halloween or something, we’ve thought about maybe The Jesus and Mary Chain or Roy Orbison. As far as recorded covers, to pick one single artist would be too difficult, but I do enjoy making them. Expect to see some covers here and there from me in the future.

Q: What are your plans for the future?
Release this ep on tape with Smoking Room Records. We have an album nearly done so hopefully release that in the next few months either with smoking room or some other label (hi). Hopefully tour hard eventually, see all the boring parts of America and Earth. Record great records. Collect massive royalties.
*
*
*
Thanks