Shufflehouse with Mutual - An Interview 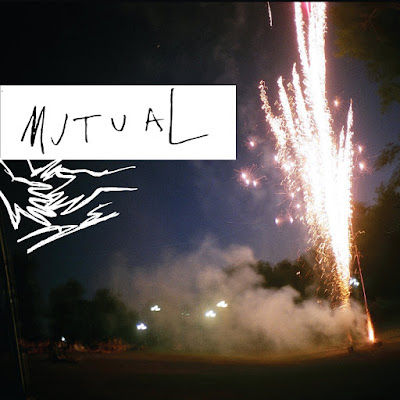 Q: Who are your influences?
The music we listen to changes quite frequently. The bands that got us really into playing music are Nirvana, Dinosaur Jr, My Bloody Valentine, Slowdive, The Smashing Pumpkins, Sonic Youth, etc. When we started writing these songs Maxx was listening to a lot of emo records from the 90's and some of the bands on Run for Cover Records. Maxx, as one of the primary songwriters also likes a lot of books and movies, and has had some heavy life experiences that have heavily influenced some of these songs. Specifically though our main influences continue to be Mineral, Ride, Lush, Hop Along, Lemuria, Shook Ones, Mitski, and the ones we mentioned above.

Q. Make a list of 5 albums of all time…
There's so many different things we love and they change all the time. Some times working titles for our songs are just other band's names because of how we were influenced by them at the time. If we had to make lists they would different for all of us, but bands you'd definitely see on there would be Brand New, Get Up Kids, American Football, Rites of Spring, Jawbreaker, DDMMYYYY, Sparklehorse, and Danzig might get an honourable mention.

Q. How do you feel playing live?
Nervous, a little bit drunk, exposed, and high on nerves.

Q. How do you describe Mutual sounds?
Emotional, dreamy, loud, honest, and somber but not defeated.

Q: Tell us about the process of recording the songs?
Recording this EP was pretty tiring. Maxx didn't sleep the night before because he was working. We drove out to the suburbs at 6am and did most of it over the next 18 hours or so. We recorded the songs live off the floor and then we did basic vocal tracks. We went back the next week and did a few more overdubs and mixing, and then it was done. Colin Young, who has either recorded or mixed some of our favourite local Toronto bands, recorded it and helped us out a lot.

Q. Which new bands do you recommend?
Worst Gift, Nüshu, Lume, No Sun, Akage no Anne, TV SETS, and Slow Mass. There's so many other awesome bands around that we're forgetting.

Q: Which band would you love to made a cover version of?
We've talked about covering Hum, Nirvana, Red House Painters, and the Pixies, but haven't done any of them yet. With the range of voices we've got it's hard to find a song that represents all of our differing tastes and playing styles.

Q: What are your plans for the future?
We're going to play very intermittently as Bekki will be moving overseas for a while. Our hope is to record our next EP trans-continentally, and eventually play more shows when everyone has time. We've been entertaining the idea of a music video as well.

Q: Any parting words?
We're grateful to be featured on this blog and to anybody who listens to our music. Support comes in a lot of forms and we appreciate all of it. Thanks so much for listening!
*
*
*
Thanks